The Adaptive Learner Vehicle is here! 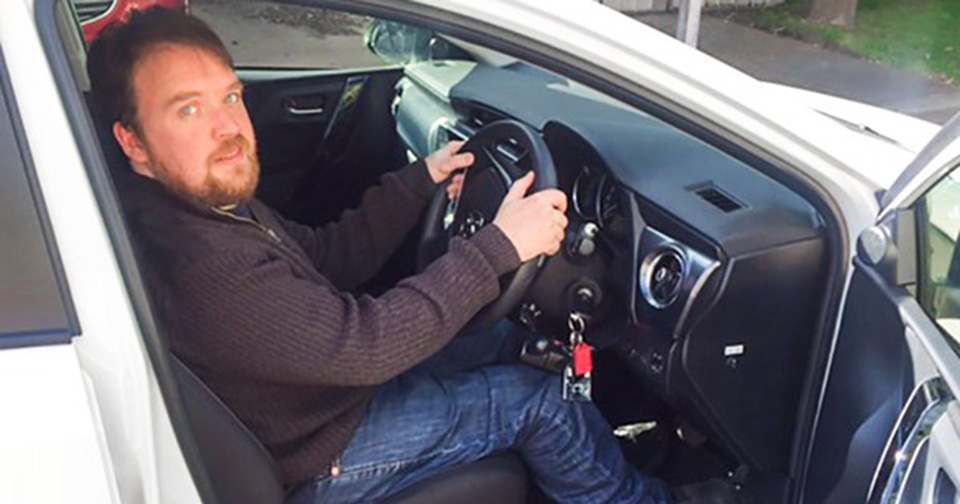 If you or the person you care for has always wanted to get their driver’s licence, but until now have found the cost of doing so to be a road block (excuse the pun!), Northcott has just launched an exciting new initiative which could change all that.

Northcott has recently had a fleet of four Toyota Corolla vehicles specifically modified to meet a broad range of physical disability needs. The cars will soon be made available for hire to Northcott customers with physical disabilities who want to learn to drive in Sydney, Tamworth, Dubbo and Wagga Wagga.

Jason Evans from Wagga Wagga is one such learner driver. He is 34 years old and has cerebral palsy. For the past two months he’s been hiring one of Northcott’s adaptive learner vehicles on a weekly basis so that he and an instructor can develop his driving skills.

Jason is excited about the possibilities that lie ahead of him because of this. “I didn’t think that getting a license was ever really an option. I’d grown accustomed to using taxis, family or friends for transport. As I have gotten older I have realised how reliant I am on other people and how much I end up missing out on doing by not being able to get places. I believe that once I get my licence and I can just jump in the car and go somewhere, it will give me an unprecedented level of independence.”

Regional Manager for Northcott Matt Old is also excited about the potential of this new initiative. As he says; “this program will enable people with disability to learn to drive without incurring high costs. It will open up new opportunities to travel, work and engage in social activities.”

So what are you waiting for? The open road awaits!

Northcott wishes to thank the Newcastle Permanent Charitable Foundation and the Newman’s Own Foundation for their generosity and support of this project.