My views on inclusion, marriage equality and Mardi Gras 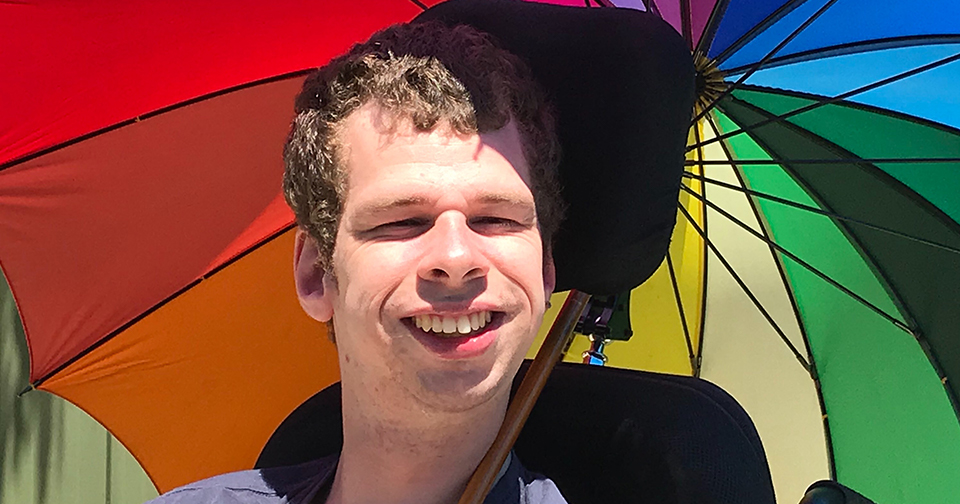 Northcott customer Travis Bellamy was so stoked when the marriage equality law was passed that he decided he wanted to get involved in this year’s Mardi Gras parade! Northcott caught up with Travis to find out why a straight guy got so passionate about LGBTQI rights.

“We all want to be included in society. I believe in an inclusive society. Usually when I hear the word ‘inclusive’ it is to do with making Australia more accessible for people with disability – something which I’m very passionate about.  However, with the huge focus on same sex marriage last year, I had to confront another aspect of inclusion – one which could have divided the nation.

I feel so strongly that everyone should have the same rights as everyone else in Australia, so I was really proud when it was revealed that sixty percent of Australians had said ‘yes’ to marriage equality.  I’m very proud to say I was one of those people that said ‘yes’.

A close acquaintance told me she wished the government had the courage to legalise same sex marriage, rather than going through the postal plebiscite. She was overcome with happiness and relief at the outcome and as a woman in a same sex relationship with children, she now feels that she has the same rights as other parents.  I’m happy too that Australia is a more inclusive place now for my LGBTQI+ friends and family members.

If you’re interested in getting involved in this year’s Mardi Gras festival check out our events page.