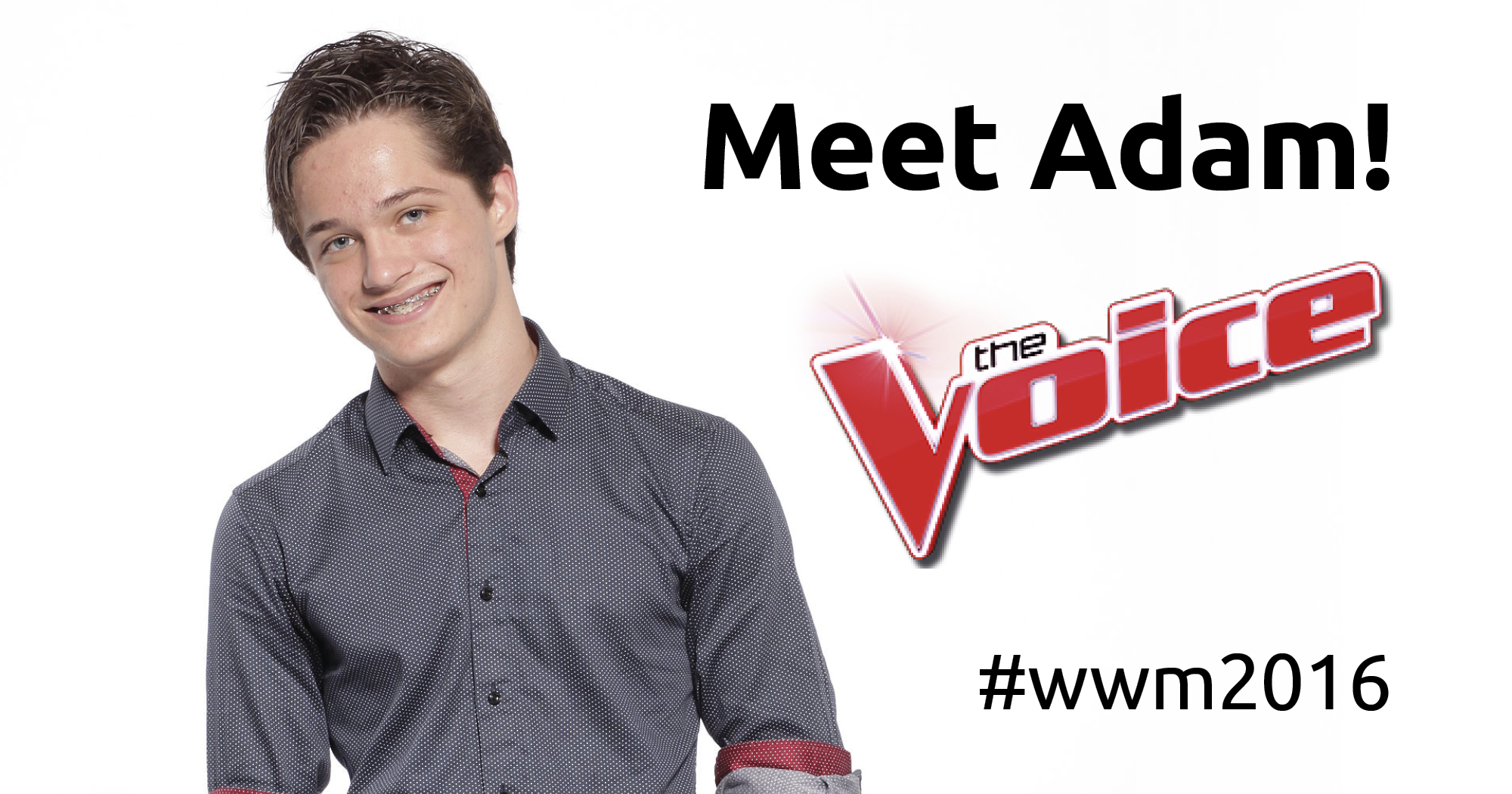 We are thrilled to announce The Voice Star Adam Ladell will perform for fans at our Walk With Me disability inclusion celebration in Parramatta on 21 September!

17-year-old Adam has Tourette’s Syndrome but it does not control his life and he embraces his disability. When he sings he gets transported to another world … forgetting everything around him and getting lost in the music.

Right from the start when all four judges turned their iconic big red chairs, Adam was one of Australia’s favourite performers on season five of The Voice.

While on the popular Channel 9 reality show, Adam got to work with superstar judges Ronan Keating and Delta Goodrem.

He finished in second place, with his journey not only captivating the nation but also creating an enormous awareness of Tourette’s amongst Australians.

Adam’s passion for singing and songwriting has shown many people with disability that they can achieve their dreams and his advocacy efforts have educated the nation about Tourette’s.

Adam has also found support and relief from setting up his own YouTube Channel, TicTwichTeen which has more than 32,000 subscribers and 2 million views.

TicTwitchTeen documents Adam’s journey — from how he deals with swearing in class to getting a good night’s sleep.

His channel is followed by people from every corner of the earth and receives many stories of how it has helped people cope with everyday life and overcome their many challenges.

A dedicated and talented songwriter, Adam showcases his original songs and covers on his YouTube channel, and all are all available on iTunes and Spotify.

One of his originals, Superpowers went viral on Facebook with more than 15 million views, including Michael Buble (one of Adam’s heroes) liking and commenting on his song.

Adam is definitely someone you want to see perform live, right?

You can register now to see him in Parramatta at our Walk With Me event on 21 September!