The importance of respite for people with disability and their carers 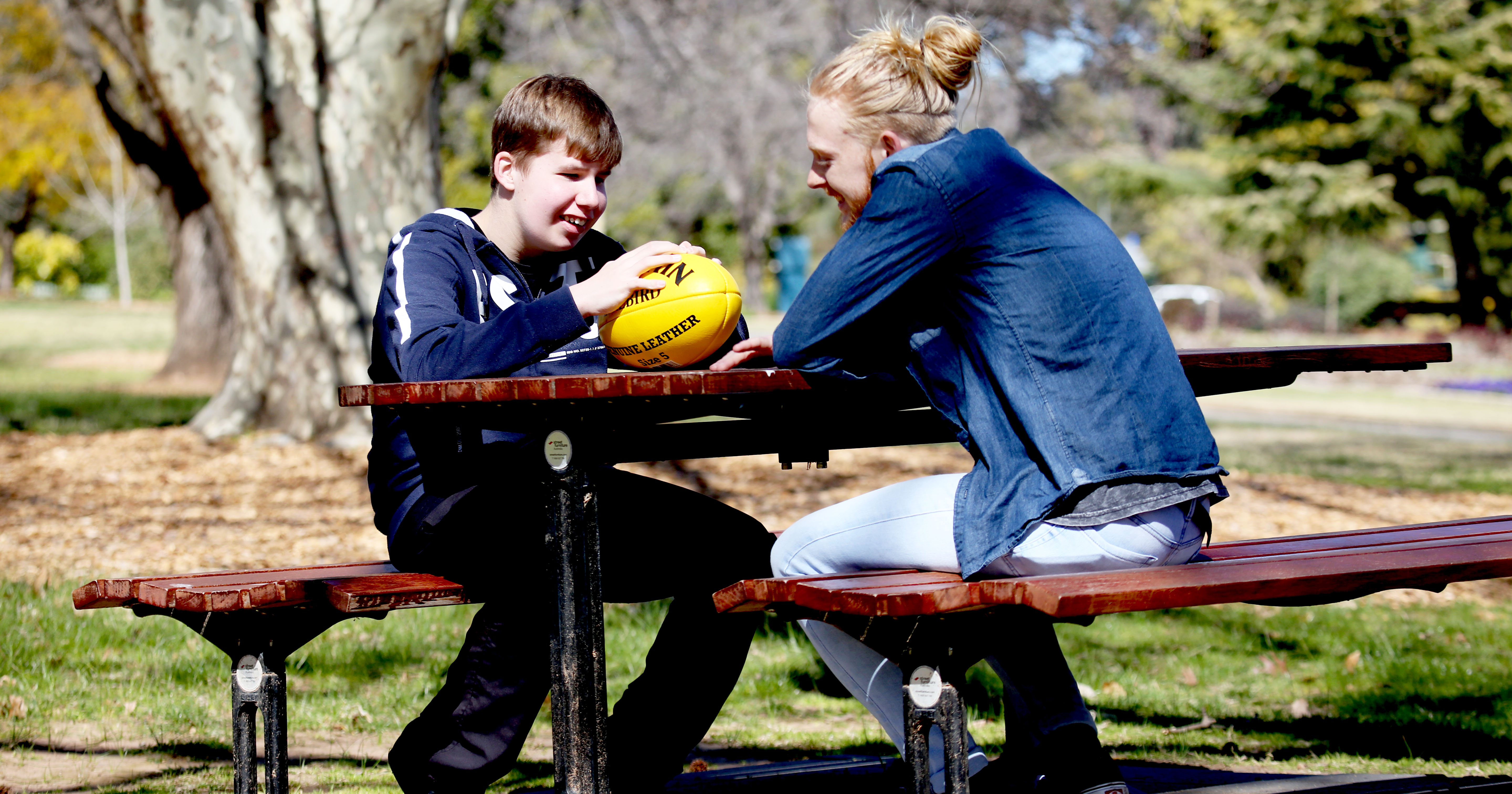 Life can be tough at the best of times and we all need a break every now and then to unwind, socialise and have a bit of fun.

Northcott’s respite services such as In-home and Community Support and Short Breaks and Outings offer just that, supporting people with disability to enjoy some ‘me’ time, while their loved ones get a break from the demands of being a carer.

Sixteen-year-old Ethan accesses respite services in Wagga Wagga through Northcott. Having this outlet to socialise away from home has had a big impact on the teenager and his family.

Ethan has severe to mild intellectual disability and Autism. He started out attending Northcott’s Teen Time social group after school and venturing out with Northcott on day trips during the school holidays.

Ethan also occasionally spends weekends at Northcott’s Wagga Wagga respite house and enjoys one-on-one time with his support worker Jacob. The pair hangout on Saturdays doing activities Ethan loves to do – including going to the park and playing football.

While it’s been a great experience for Ethan, his mum Simone has noticed that the benefits have been more profound than just having a bit of fun.

“Before Ethan started going to Northcott, he was quite immature,” she says.

“Now he has grown up. His maturity level is rising. He’s more confident and he’s more social than ever. He just wants to explore everything. Even the thought of going shopping is exciting to him now. He also wants to try new things. We’ve got him into Karate – that’s something he wouldn’t have tried before.

“It’s all about developing his independence and getting Ethan to come out of his shell and have his say. That’s very empowering for him because he’s never had that choice before.

“I wish I had known about the resources that are out there for Ethan earlier. He’s happier now and is developing his own personality.”

While respite has had a positive impact on Ethan’s life, it has also changed things for the rest of the family, including Simone.

“For me, it’s breaking up the weekends,” she says.

“I have three boys with disability. They clash a lot so it does help to break up the weekend. By the time Ethan comes home he is too worn out to start fighting.

“It’s really good the boys are having that little break from each other so you enjoy seeing each other a bit more.

“At the same time I get to spend a little more time with the other two and do some housework.

“It’s just nice having that break and for Ethan to get out and be a little bit more independent. He’s also made a new friend. You can’t beat that.”

Read all about how Lenny enjoyed a week away with support from Northcott’s Flexible Respite service.