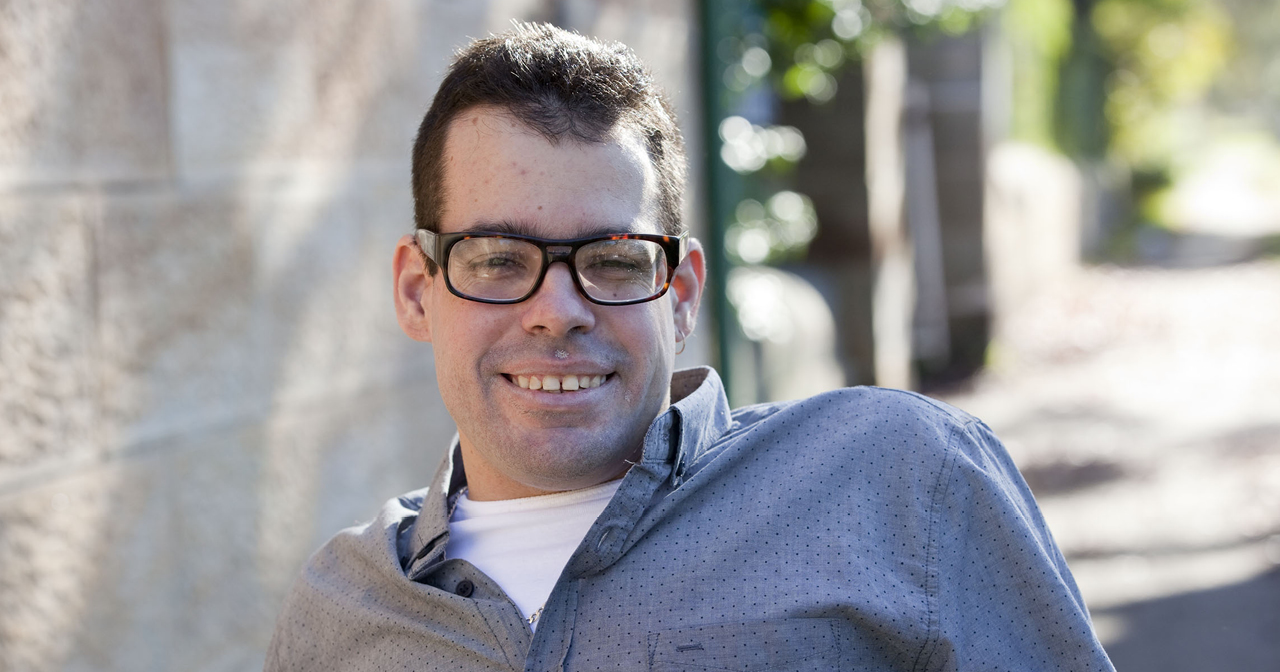 For an able bodied person, the search to find a place to call home can be tough.

But add a wheelchair to the equation and you’ve got an experience 10 times harder again.

I first moved out of home when I was 19 to pursue an audio engineering diploma in Byron Bay, then followed that up with two years on the Gold Coast where I gained a diploma in event management.

Unfortunately in 2007 I became ill with kidney issues and had to return home to Old Bar so that I could sort my health out and get back on track again.

About three years ago I started the process of obtaining whatever funding I could to help me be able to move back out on my own with some support.

This was a long process as I filled out mountains of paperwork and waited patiently for an answer.

About a year ago I secured funding and since I do not drive, I used it to pay for someone to come with me to the gym, take me to my volunteer work at a local community radio station and anywhere else I need to go so I didn’t have to rely on my parents as much.

After about six months of having community participation package funding, I was informed I would be getting an independent supported living package so that I could move out into a private rental and receive drop in support for three hours a day, seven days a week. I was pretty excited by the future ahead to say the least.

After I found out I had the tools in place to move out, I started going to all the real estate agencies around town searching for a flat level place with plenty of living space, no steps and a bathroom I could use.

This became rather discouraging after a while because every property I viewed either was not going to physically work for me or it wasn’t going to work financially for me.

I was pretty keen to move out but I wasn’t keen on starving to death from having to spend everything on rent.

This went on for a few months before I finally decided it was time to kick things into high gear and I got in contact with the local newspaper and television news service who both did stories on my search to find a place to live.

This eventually led to the local LJ Hooker office contacting me about a place that was suitable for me, however I already knew about this place and found the rent would have been too high for me.

When I found this out I got in contact with community housing and told them about the situation. They contacted the real estate agent and negotiations began to get the rent dropped so I would be paying considerably lower than the original rent price.

After a couple of months, things were settled and the place was finally all mine. The journey was over and I had a place to live in and the support behind me to help me live a productive independent life. For the first time in a long time I actually felt like an adult again which is a strange feeling when you’re 31.

Earlier this year I wrote about @mattywheels24‘s mission to find a  accessible home, now he’s got one!  https://t.co/OGd559Lje9 via @MRTaree

What most people take for granted, some people would give anything to have and when you get that chance to fulfil what you’ve wanted for eight years, it is incredible.

Even though I eventually found suitable housing I would consider myself as one of the lucky ones. Many people with disabilities are still out there wanting to move into their own place and get that independence but can’t because of the lack of suitable housing.

Hopefully in time this will improve and many more people out there, who want their independence back or want to experience it for the first time, get that chance.

This is a new chapter in my life and I plan to enjoy every second of it.

Good luck to everyone else out there fighting for your dreams.