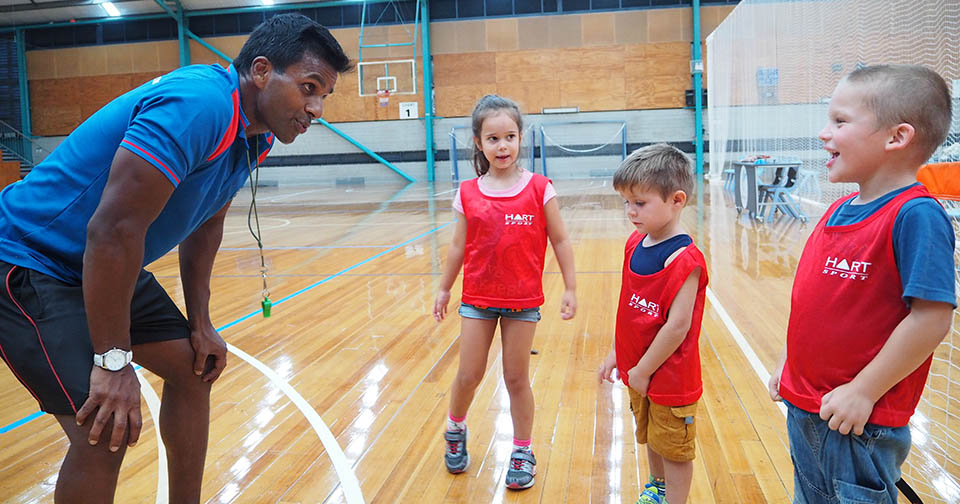 During my time working in the disability sector I’ve heard a lot about the grief that parents and carers feel when their kids can’t join in any sporting activities.

Many of the parents and carers I work with report feeling frustrated at the lack of opportunities their kids are given to take part in mainstream sport because it’s often inaccessible and not inclusive.

When they’re transporting their children without disability to sports events – and their child with disability is forced to miss out – parents and carers tell me they often feel a sense of guilt.

Hearing these stories, and knowing that kids with disability are missing out on such important opportunities, motivated me to start thinking about ways to fix this problem.

In 2015 I was approached by an old friend of mine, Jerry Markoja. Jerry is an international wheelchair tennis player and also a qualified coach with six years’ experience under his belt.

He told me that he was thinking of retiring from professional sports and was uncertain about what life after sports might look like for him. We discussed the possibility of creating a sports program for kids with disability and their siblings. Then the Northcott Sports Academy was born.

Jerry was able to design a flexible 10-week program that introduces kids to a variety of sports while giving them a work out.

The program has now been running for several weeks, with more and more kids taking part each week.  The fun the kids are having is evident by the smiles on their faces and these are matched by those on the faces of parents who watch eagerly from the stands.

Parents have also shed a few tears as they watch their kids be included in an area that seemed out of reach not so long ago. One mother, whose 4-year-old son with autism takes part in the program, couldn’t hold her tears back recently when she watched her son finally join the group.

Up until recently this child was receiving one-on-one support as the rest of the group worked with Jerry. Then suddenly without prompting he joined the group and participated in the activities with his peers. It wasn’t only mum who teared up.

We’d love it if we could get even more kids involved in the Northcott Sports Academy so please feel free to shoot an email to our Oak Flats team if you think your child could benefit.