How great dads are made 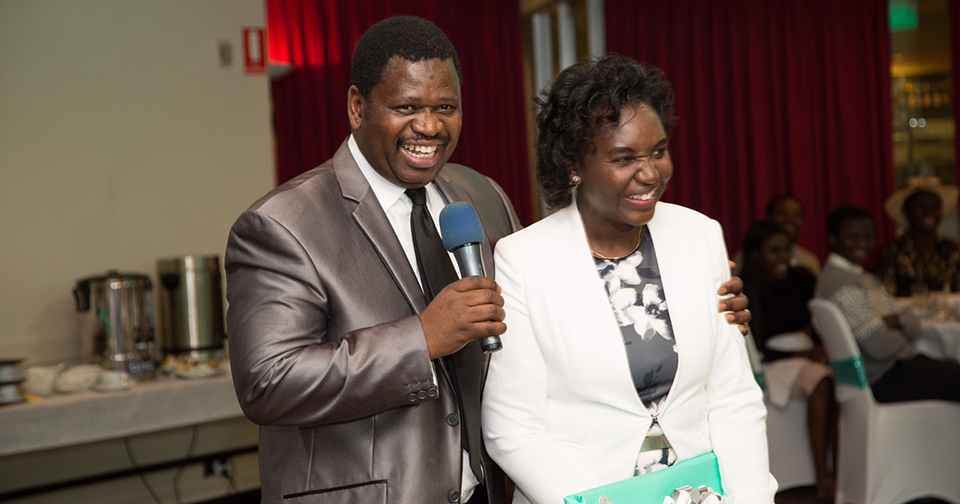 There are many paths to working at Northcott and Armour Ncube has a particularly fascinating story behind his.

Prior to working in his current role as a centre-based coordinator at our Campbelltown office, Armour taught physics, biology, chemistry, maths, commerce and accounting at a high school in Zimbabwe. He’s also been an Executive Financial Advisor and Marketing Manager, family business owner and administrator of a 120-bed hospital. He has advised on medical committees, been an advocate for women’s rights in domestic violence situations and facilitated leadership training at a national and international level.

If that’s not enough, he’s also raised two gorgeous daughters who are now 18 and 23 years old. With Father’s Day having just passed, we took the opportunity to ask Armour about his thoughts on fatherhood and what it’s like being a man working in the disability sector.

“When I became a father it was a game changer for me,” says Armour. “It made me respect women more than I may have done in the past. I realised that to bring life into the world, women are capable of doing things that men can never do. In spite of the trauma they go through, they give so much love to their child.”

Armour became a father in his early thirties. He says at the time he had quite a fixed idea of how he thought he should be in that role, however the experience of becoming a parent changed this. “I have learnt so much from my children and I am still learning from them,” says Armour. “I’ve learnt to adjust, to be patient, to be a better listener and I’ve learnt not to react and act in the way I thought men should. Being a father has been a humbling experience for me more than anything else.”

As for working in the disability sector, Armour enjoys witnessing the fulfilment of customers and their families. “When I first started working at Northcott I saw young customers who were expressing frustration and distress physically and verbally,” says Armour. “After spending time with our skilled and passionate support workers and behaviour practitioners, their behaviour becomes much calmer. I have seen a tremendous amount of that. Seeing the joy this brings families gives me a lot of satisfaction.”