Gaining confidence to go out 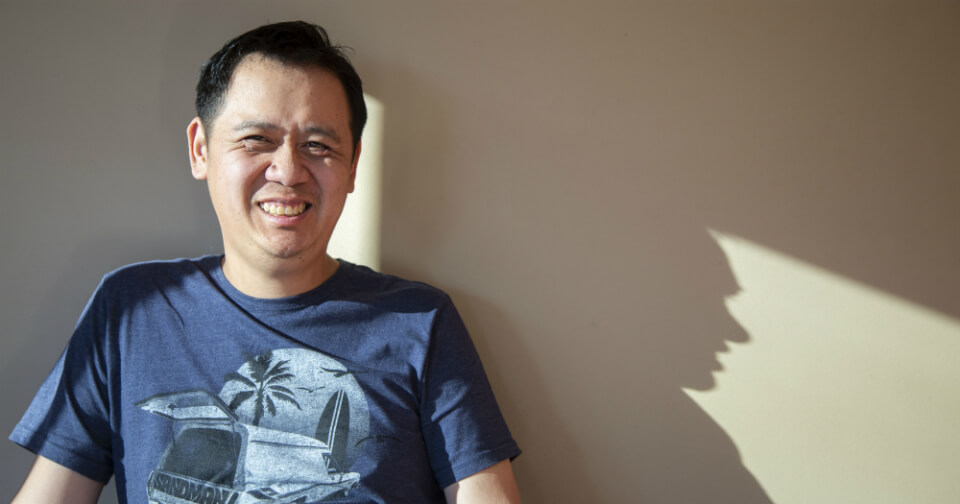 “When Samson first started coming here he didn’t want to go out. He would always stay in his pyjamas and he would say he felt sick in the stomach. One staff member would have to stay back with Samson. Nowadays, he looks at the clock, sees it is 9 o’clock and goes and gets changed [to go out]. He’s improved a lot.”

Northcott’s support worker, Ranjita, is describing how our customer, Samson, has grown in confidence during his time accessing Northcott’s Respite service. Samson has been a regular customer at our Roselands Respite house since August 2017, visiting for weekend stays every couple of months.

Samson has autism and can feel anxious in unfamiliar situations or activities out of his normal routine. When he first started coming to Northcott’s Respite service, he wouldn’t go out with the other customers on the arranged outings in the local community. His anxiety would get too much and he would feel sick.

“It was nerve-breaking,” Samson says, referring to the way he used to feel when getting ready for outings with the other customers and Northcott support staff.

“The first time…when I’ve never been to the place, it’s pretty nerve-breaking,” he explains.

Nowadays, however, through building up his trust and supporting Samson to prepare for the group outings, our team at Roselands has been able to make Samson feel comfortable about joining in on the outings. This year, he even took part in the group’s outing to Sydney’s Vivid Festival, taking public transport and battling large crowds to experience the lights and Sydney’s CBD.

Although it was “dark and wintery”, Samson says going to Vivid was “pretty amazing”. He also knows it’s something he wouldn’t have done a few years ago.

“It’s different coming here now. It’s all changed. It’s better now,” he says, listing the names of his friends who often join him for a weekend at Roselands.

“Each time, there’s different weekend outings. This weekend, we went to the Bankstown Festival. We got some lunch at the festival.”

Respite is also an opportunity for Samson to learn some new skills away from home. With support from Northcott’s staff, he is happy to try mopping the bathroom and chopping vegetables for dinner. He also loves to make tea for his friends and the staff.

When asked if he enjoys his weekends with Northcott, Samson smiles and replies: “Yeah”.

Nathan and Mathew met at Northcott’s Respite service when they were young kids. Today, there are still firm friends.

Northcott also offers respite opportunities for children. Read about how Max was growing his independence through weekend stays with us.