From adversity to the realisation of my dreams 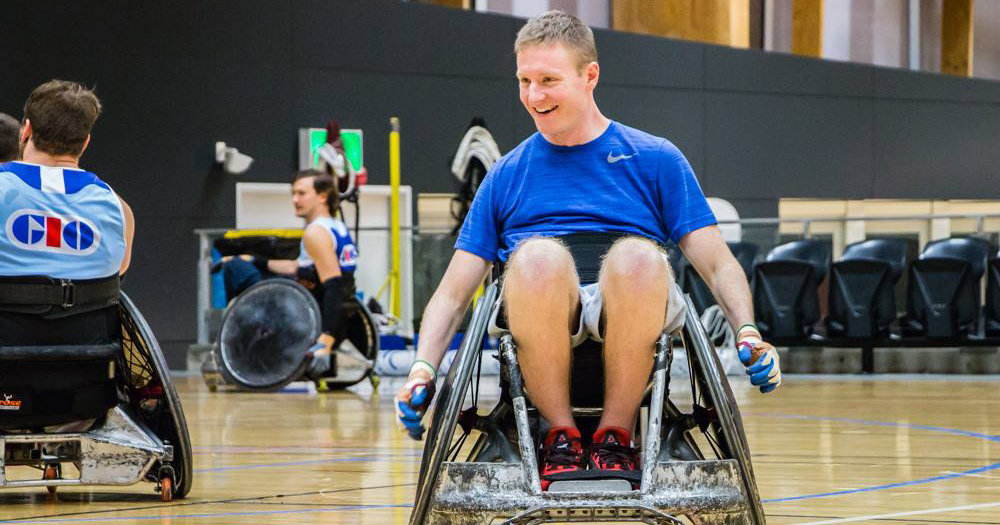 In 2014, after having worked as a mining electrician since 2006 and living abroad for four years in Canada, I began pursuing my true passion of health and fitness. This began with a diploma of fitness and working as a personal trainer and strength and conditioning coach for a rugby team in San Diego. After the year in San Diego I returned to Sydney to begin pursuing my physiotherapy degree. Only days after the end of my first semester in 2016, I went to Coogee Beach in Sydney for a swim with my girlfriend. After several hours of the beach, many of which were spent in the water, I decided to go for one last swim and as I dived into the waves, hit my head on a sand bar breaking the C5 vertebrae in my neck. I immediately knew that I couldn’t move and was left floating face down in the water, hoping that someone had seen what had happened. Luckily for me, Angie, my girlfriend had seen everything and rushed to pull me from the water and summon for help. And so began the toughest time of my life and arguably one of the most intense and relentless battles a person can go through – quadriplegia.

After two weeks in ICU and two weeks in acute spinal rehab, it was time to begin my physical rehab. Coming from my physical background and long training history set me up perfectly for the determination, commitment and never say die attitude that is required to succeed after a high level spinal cord injury. After two months of rehab and only three months from the accident, I decided that this condition would not stop me from pursuing my previous goals and I returned to university for the start of my next semester, having not missed one day. It was a difficult choice but one that I’m glad I made, as having something other than myself to focus on during the long days in rehab was a blessing. Adjusting to university life after the accident was hard, though through use of the Gregory and Dolores scholarship, I was able to fund the equipment necessary for me to bridge the gap. I gained access to voice-activated software, microphones and mouse devices easily operated even through use of two non-functioning hands.

I’m now almost finished my second semester of University and my first after the accident, while still living in rehab. Although it has been a tough transition to make, it is one that I’m extremely grateful to have had the opportunity to make. The realisation of your dreams can be a tough ask after suffering adversity and the resultant disability, though with the help of others and your own grit and perseverance, it is something that is achievable for anyone. I extend my warm gratitude to the folks at Northcott and hope to do them proud in my future endeavours and study.

If you use a wheelchair for mobility and would like find out how a Gregory and Dolores Farrell Scholarship could assist you to achieve your educational goals Click here.