My experience with the NDIS 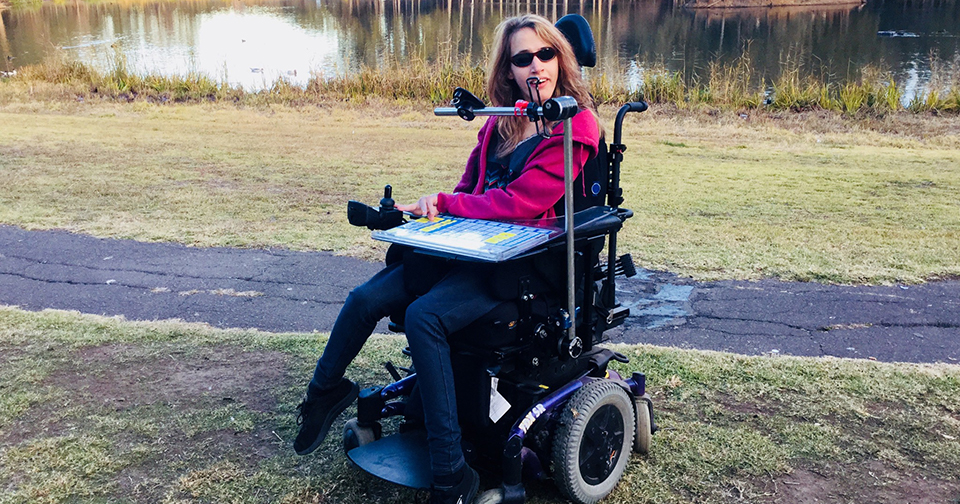 The National Disability Insurance Scheme (NDIS) is suddenly alive and very real! Your package has finally come; the thing that they have been promising for years. But it’s nothing like you were expecting or promised. Actually, it kind of reminds you of a system that was around twenty years ago when you had no control over your life at all. So now what? Is there a way your situation can be changed just so you can live your life just like your
able-bodied peers or family members?

My name is Gretta Serov and I am a 27 year old university student from Western Sydney with Cerebral Palsy. Admittedly, if you asked how I felt about the NDIS four years ago I would have given you a whole spiel about how much it was going to be ‘just like a dream’, with me having complete control over how, where, and what my funding would be spent on. When looking back now I realise that while I was so sure about these ‘life changing’ promises, there was a part of me that was still sceptical. Originally, I felt that this was simply because the phrase ‘too good to be true’ was just automatically circling around in my head. So I kept carrying on with trying to plant new seeds in my mind, which was loaded with all of those promises that I was being told at the time.

After a few teething problems, such as being lost in the system for a fair while, my NDIS plan came out and my gut feelings that I originally rejected unfortunately came true. Although I was given a significantly large amount of funding, I was told that I needed to use it in sections that the NDIA allocated for me, meaning that I wasn’t allowed to be flexible and use it however I saw fit. This literally stunned me because I was already accustomed to having this flexibility with my self managed community participation package. By the time the NDIS rolled out, I was halfway through my degree, meaning that this flexibility became vital in such circumstances as being able to exchange my funding allocated for care hours for getting a taxi to and from my university. This was due to living between my mother’s and father’s houses, which are both situated in parts of the Blue Mountains that would have been a minimum of an hour away from my university campus.

Taking all of these factors into consideration, my family and I decided that we needed to dispute my plan. From the very beginning, we made it clear that this dispute wasn’t at all to ask for more funding, it was purely to get the allowance to gain access to the funds that I had already been allocated in the ways that I saw fit. Ironically, the reason I saw this as a fair enough claim was that I previously had worked as a person-centred facilitator and therefore knew that the NDIS was originally based on a person-centred model.

It was after many arguments, discussions, and far too many naive questions from the NDIA, that we thought that it was time to take our situation further. Fortunately, my mum and myself were already in contact with our amazing local member Susan Templeton, who was more than happy to help when we contacted her about our issue. This assistance from Susan Templeton and her team extended to all areas, including putting us in contact with our local newspaper, making my situation known to a group of politicians, mentioning my story in federal parliament, continuously checking up with our progress, and putting me in contact with the right people who were working for the NDIA – who were also amazing and really understood my situation.

It was after all of this fighting, and nearly twelve months after my initial planning meeting, that we finally got the flexibility with my travel allowance that we were asking for.

It has been about a year since I successfully received my new funding and it’s truly amazing how much it has impacted my life. It has definitely been an important part of my education, social and work life, as well as being a main driver in me becoming more independent and achieving my goals.

So if you are reading this now and wondering if your NDIS plan is really meeting your needs please remember that the NDIS was initially designed to meet the needs of all our disabilities, so that we can live life and contribute to our society in the best way we can. So if that’s your main motivation then it’s your right to keep fighting and definitely not take no for an answer until you get what you need!

Need support with your NDIS plan? Find out how Northcott’s Coordination of Supports can assist.