Moving out of home brings independence 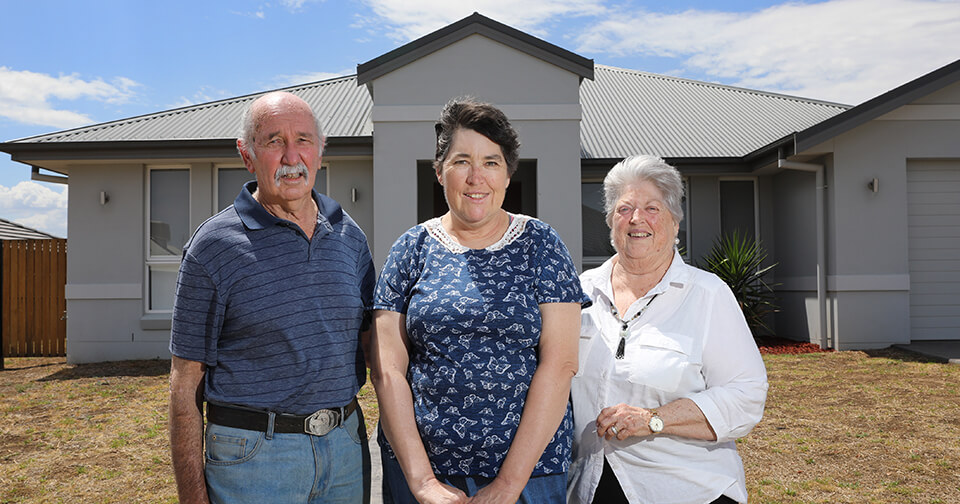 Jenny and John never thought anyone could look after their daughter Diane the way they could.

But in May when she moved out of home permanently with support from Northcott’s Housing and Supported Independent Living Services, they saw her flourish into a whole new person.

“Then we had a few health problems, and I said to John that I thought we needed to think about transitioning her into supported accommodation in case something happened to us in the future.”

Like most parents who have children with disability, Jenny and John initially found it difficult to let go.

John says: “It was harder for me than for Jen, I think. There are still times I think about it, and whether we’ve done the right thing. But we have.”

Diane spent a few months getting used to her new home and flatmates in Tamworth before deciding it was the right move for her.

“I love living here with all my friends and I like the carers a lot,” Diane says.

“I only miss my parents a little bit.”

Jenny adds: “I have always said, no one will ever look after my daughter like I can. And I really believed that,” Jenny says.

“But now that thought has just been busted because Northcott do everything I would do for her. I thought they’ll never know the little idiosyncrasies she has, but they know it all.

“It makes me feel really good, and I know that she’s getting well cared for.”

In her new home, Diane has been supported to learn new skills which means she can live a more independent life. She tends to the garden, cleans the house and helps cook meals.

Jenny adds: “I am amazed at what she can do, and I felt really bad to start with because I didn’t give her the credit to be able to do all of these things,” Jenny says.

“It’s nice to be able to say now that if I passed away tomorrow, I would know that she would be well looked after.”

If Jenny and John could give other parents advice about whether their child should move into supported accommodation, they say to give it a go.

“It’ll all pan out if you’ve got a good service like Northcott.”

Kelly from Tamworth also uses our Housing and Supported Independent Living Services. Read about her journey into independence here.

Have a look at Nicholle’s home away from home in our Liverpool Specialist Supported Living (SSL) Respite service.