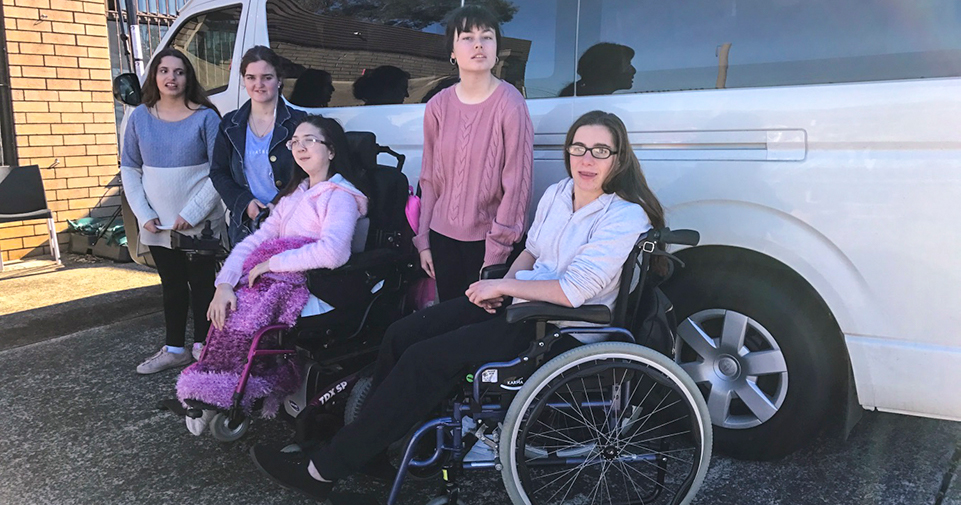 Northcott Oak Flats and Wollongong recently celebrated the launch of a new wheelchair accessible van. It has given young people with disability the opportunity to access events and locations which were previously unavailable to them.

The purchase of the van was a collective effort between Northcott, Rotary, local businesses, such as Bendigo Bank, and philanthropic partners. Local Member for Wollongong Paul Scully was also a key supporter of the project .

Times change, but transport remains a lifeline for many people with disability; a critical factor which allows them to try new things, participate in community life and develop vital friendships.

So what has the impact been for this local group?

The Everyday Life Skills customers were able to make their budget stretch further during a recent shopping trip to the local discount supermarket, which is not serviced by a public transport route.

Northcott customer Kayla said that before the van “if venues or activities planned weren’t accessible via public transport, or if the weather was bad, I had to miss out”.

A fun loving group was also able to socialise at Ables club night in Wollongong. The new van has supported everyone to enjoy a night out, including families and carers of Northcott customers, like Blake. At the van’s recent community launch, Blake’s dad Chris spoke of the importance of getting to take a break and the joy it brings him to see his son build his independence and organise his own social life – something most parents and young people take for granted!

For Kayla this was a positive change too.

“I have been able to go out Saturdays with a support worker, which I’ve never done before,” she said.

“I have been able to be more independent and more involved in activities and my mum has had a break from driving me around”.

Have no option but to use public transport? Read our helpful tips for travel training.

Find out how Northcott Coffs Harbour got their own accessible van.