Samil is kicking goals and putting his experience to work 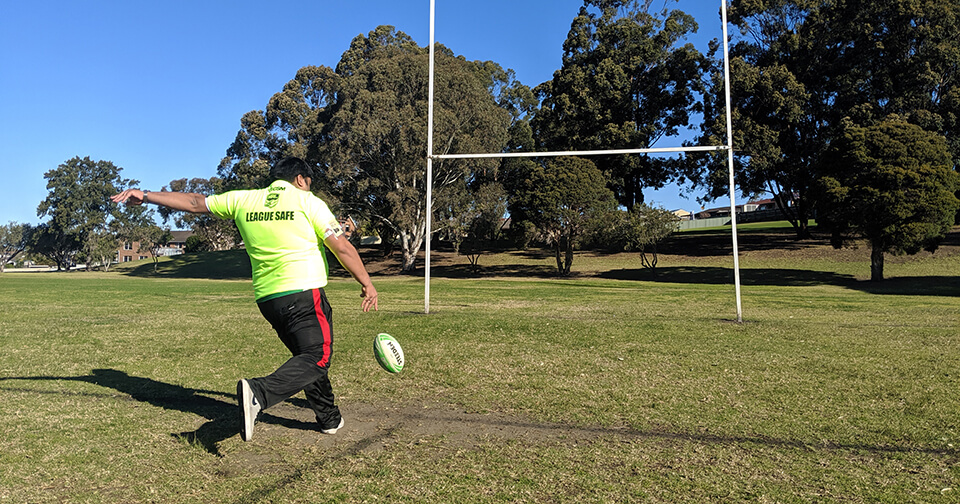 Samil is a very passionate young man who loves sports and plays rugby for the Illawarra Score Dragons. He was born in Griffith and now lives in Woonona, where his love for sport inspired him to pursue a dream of being a coach.

Although Samil has been playing rugby for eight years, his love for sport sparked a desire to do more than playing. He first thought of becoming a referee, but thought he could put his experience to work and prepare to be a coach.

Samil is a customer of Northcott School Leaver Employment Support (SLES) in Wollongong, and attends the program three days a week. His goal is to work in hospitality, but Northcott also supported him in making one of his dreams of becoming a coach come true.

“At the moment I’m an assistant coach for 17 kids aged 6-12. I like to teach them about determination and to always keep their head up. Coaching kids is a new challenge for me, and seeing them improve and achieve is really satisfying,” says Samil.

“This is a dream come true; I always wanted to work with sports and now that I’m coaching I can tick something off my bucket list.

“Being able to coach has improved my social skills. I put a lot of effort into my sessions and the kids are always smiling,” says Samil, adding that when he sees the kids in downtown, they always ask if he can keep being their coach.

Samil had 1:1 support from Northcott support worker Josh Debono, who supported him in finding the right coaching course and after that, a club that had an open position for him.

“Josh supported me through the application process and on the training sessions. I got to coach at the Woonona Bulli Bushrangers Club, which is a 10 minute walk from my house,” says Samil.

SLES Coordinator Mary Heriot also played an important role, as she supported Samil throughout the process.

“It wasn’t easy to find the right course, so I’m happy Mary was there to support me,” he explains.

Samil has been performing this role for two years. He says there has been a lot of close games, and though they haven’t won a trophy yet, we are sure this will happen very soon!

Samil’s plans for the future are to continue coaching kids until he gets enough experience to coach older teams. He would love to coach a team from when they start until the time when they are 18.

Check out Jaxon’s story and his involvement in the junior Powerchair Soccer team.

Click to learn how Natalie found employment and independence with Northcott.