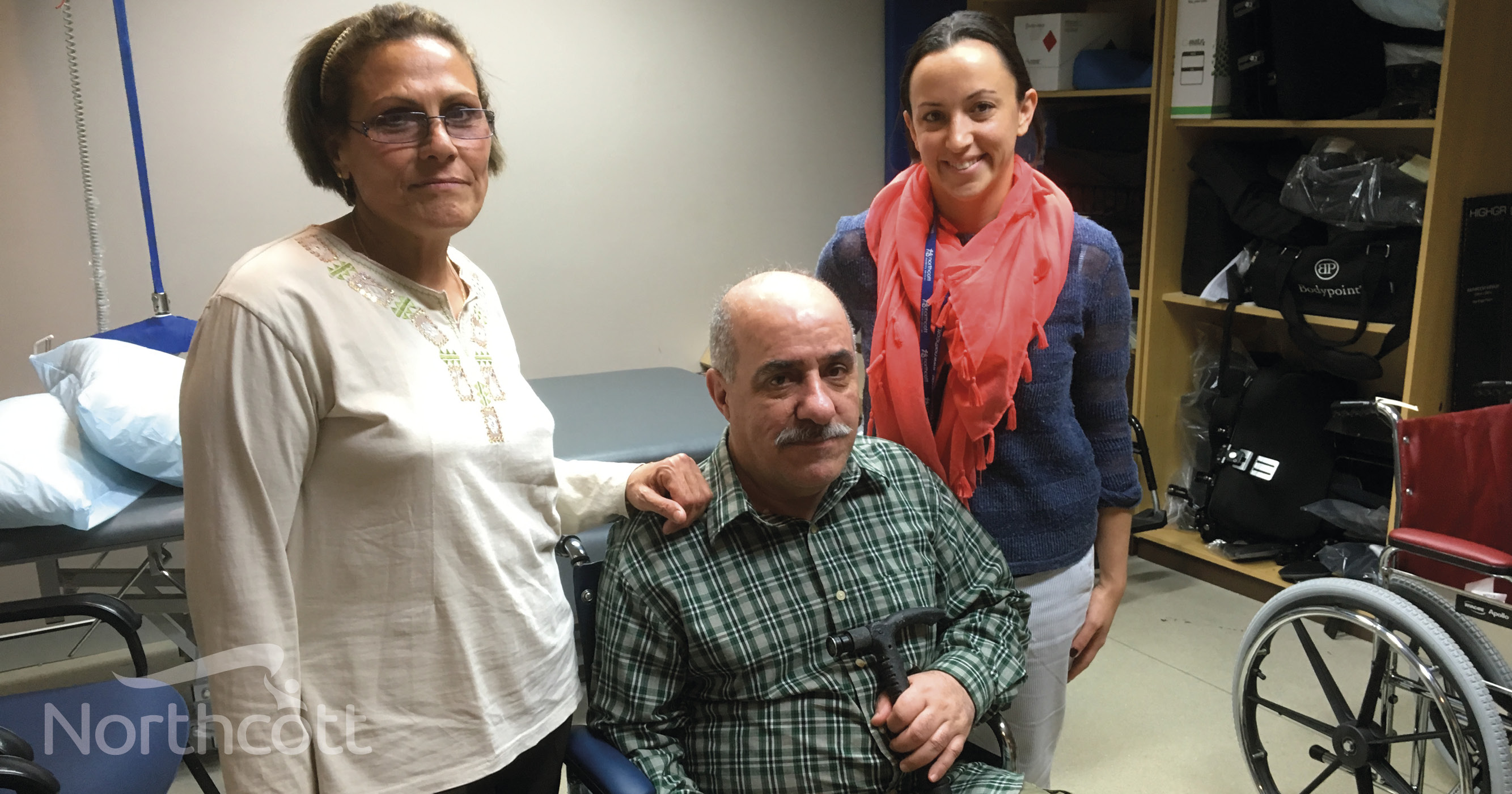 As a Christian police officer working in war torn Iraq, Sahri Moshin says he had a “very stressful job” because of the sectarian violence that surrounded him all day, every day.

In his neighbourhood police officers were often the targets of improvised explosive devices, random shootings and kidnappings.

While health services in Iraq were crumbling as war and terrorism ravaged the country, Mr Moshin had a stroke and acquired disability.

He and his wife ran for their lives to escape terror at the hands of Islamic State as the terrorist organisation tore across the Iraqi countryside.

They were among the last people to flee persecution and make it to Jordan before the borders were closed.

“The Moshin’s joined the thousands of Iraqis already displaced in host countries, such as Jordan, however their original application for refugee status to the International Organisation for Migration was rejected due to Mr Moshin’s physical disability,” NSW Refugee Health Service nurse manager Sandy Eager said.

“This is not unusual because refugees with disabilities are often excluded for permanent resettlement.

“However, following an application to the Australian Embassy and the United Nations High Commissioner for Refugees, Mr Moshin was assessed by the Australian Government’s Department of Immigration and Border Protection’s offshore medical team.

“After assessments and security checks were conducted, the Moshin’s were granted a protection visa under the Australian Humanitarian Programme.”

Ms Eagar said after being granted a visa, Mr Moshin received some physiotherapy and regained some speech and movement in his right leg.

“The Moshin’s arrived in Australia three weeks ago with no aids or appliances,” Ms Eagar said.

“This is usually the case for refugees that arrive in Australia or other counties, even for those with severe disabilities.

“It is mostly the case they arrive with just a bag of nappies.”

After arriving in Australia with nothing, Mr Moshin was able to access something he had never been given before when he visited Northcott just a few days after arriving in his new country.

He had his mobility needs assessed by Occupational Therapist Jannette Griffiths and according to Ms Eager, this may well have been the first time Mr Moshin was assessed by a health professional.

After his assessment, Mr Mashin left Northcott with a wheelchair of his very own.

“Occupational Therapists like Jannette are working from an existing loan pool of gently used equipment to deliver the gift of greater mobility to people who want to become part of our community,” Northcott’s Senior Client Services Manager Tony Warner explained in this blog post.

“We have a range of manual wheelchairs, shower chairs and commodes that are being prescribed so people like Mr Mashin can enjoy basic experiences that we take for granted,” he said.

Mr Mashin was the first refugee to receive mobility equipment from Northcott, as part of the organisation’s collaboration with the NSW Refugee Health Service.

“We know that through our work, and the continued support of Northcott, we change lives,” Ms Eagar said.