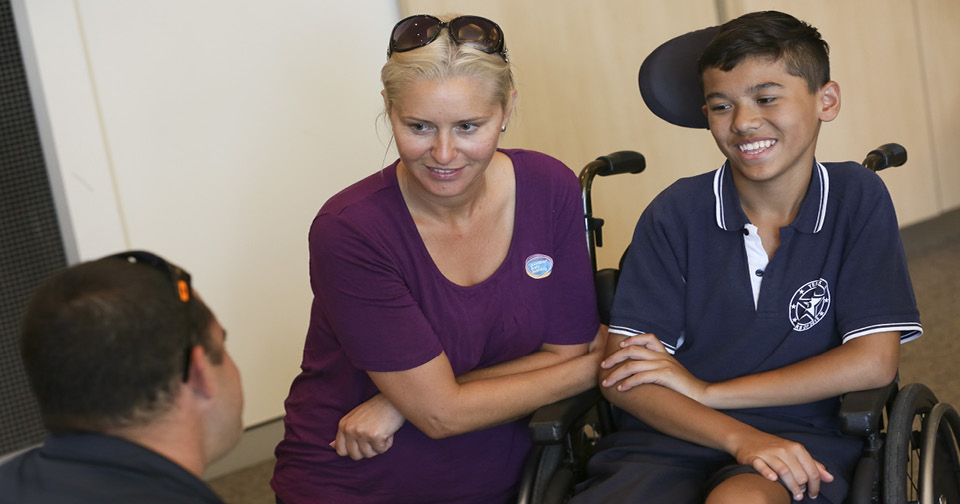 Brandon has Congenital Myasthenia, a neuromuscular disability that severely damages every muscle in his body.

He spent the first two years of his life in and out of intensive care.

When he was young he had a chest infection and ended up in hospital on life support.

We had no idea whether he was going to live or die and there’s no word I can think to describe how difficult this was.

It took a long time to get Brandon diagnosed.

We noticed he was delayed in reaching his developmental milestones; he had trouble feeding and would choke a lot on food.

We’ve been using Northcott’s services since Brandon was about three or four-years-old.

We found out about Northcott through the Westmead Children’s Hospital.

If it wasn’t for Northcott we wouldn’t know what to do.

We’ve got a new wheelchair on the way, we’ve borrowed equipment to help him get in and out of the house and they’ve helped us get a new mattress and bed.

Brandon found writing tiring so Sue [an occupational therapist from Northcott] helped him get a laptop for school. 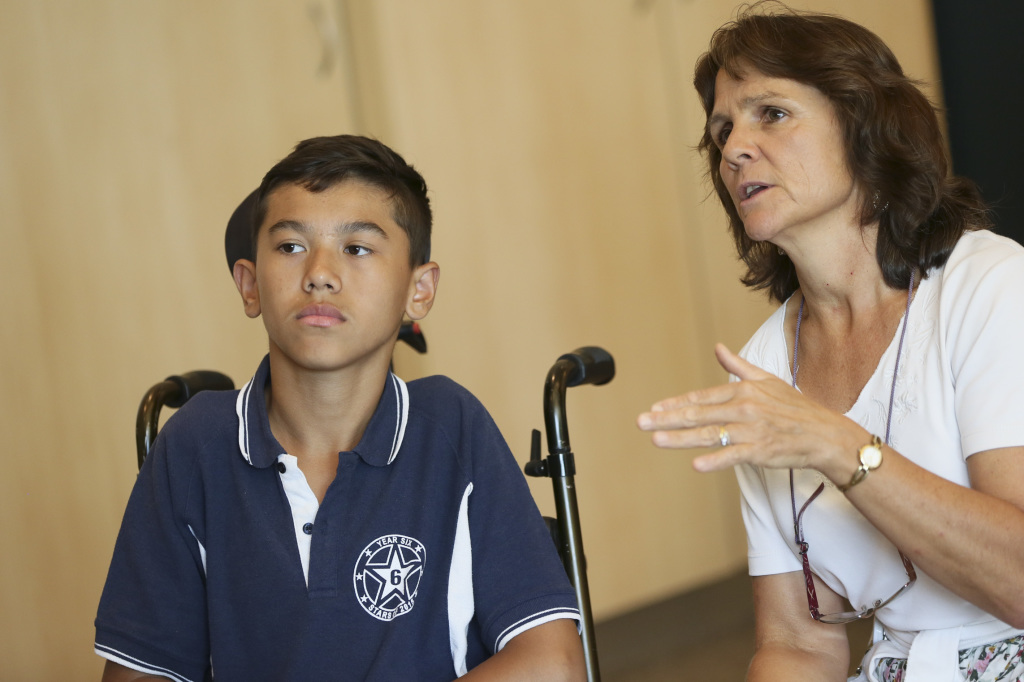 While his school has been very supportive, it had no wheelchair access before he started going there.

Even though we stay focused on getting through each day, one day at a time, I am worried about the future.

Because he’s got severe scoliosis, Brandon is having spinal fusion surgery in November.

It’s been hard for preparing for this because at the moment he’s extremely independent.

At the moment he can feed himself, dress himself and shower; but after the surgery, the doctors aren’t sure if he will be able to do these things.

We’re not really too sure what the NDIS will do for us but we hope it will fund modifications to a van we plan on purchasing in the future.

Sometimes it gets a bit much and I have my moments.

But we have to stay positive because if we fall to pieces we’re not going to be good support to Brandon.

We soldier on and do what we’ve got to do.