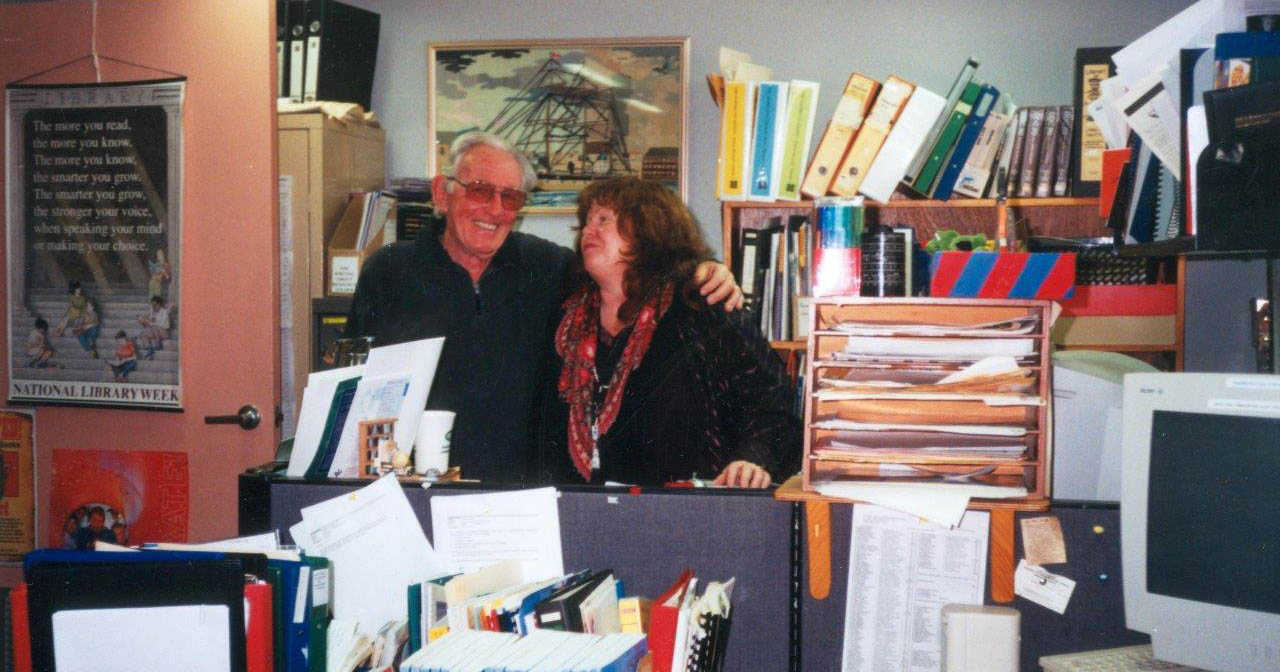 On Tuesday 12 February, Northcott lost a valued supporter in Thomas (Tom) Hepburn Lennox . The name is undoubtedly known across Northcott because of the scholarship that bears his name.

Around 120 Northcott customers have been supported through this scholarship, with iconic Australian, Kurt Fearnley being an inaugural recipient. The Scholarship was announced in 1999 at the 70th Anniversary Annual General Meeting of The Northcott Society.

Tom volunteered at Northcott, along with his partner in volunteering, Pam. Tom and Pam’s initial role was to make contact with solicitors on behalf of Fundraising. My service, Library, Records and Archives, inherited them to prepare for the 70th Anniversary celebrations and I held on. While the majority of their work was with my service, Pam and Tom spread their talents across Northcott. Computer and Assistive Technology Service (CATS) benefitted from the creation of Pragmatic Organisation Dynamic Display (PODDs), HR benefited from loose leaf filing and every October to December, I had to hand them back to Fundraising to man the Goodwill card shop once a week on Northcott’s behalf.

I knew how to allocate Thomas and Pam’s tasks. Her handwriting resembled that of a doctor and Thomas’s script was beautifully legible. Thomas was a fixture at Northcott on Fridays and there were many memorable conversations with staff as he made his cuppa.

I write this looking through tears and listening to lilting bagpipes. Thomas was a drummer in a pipe band. He was my dearest friend and I mourn his loss, but know that his last few years were difficult and I wish him safe passage.