The act of terrorism that did not devastate the world: disability erasure and widespread ableism 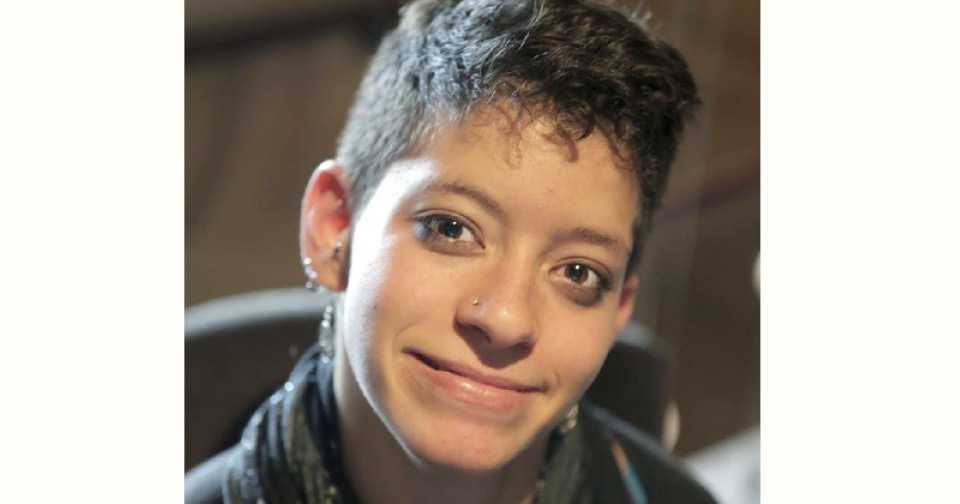 Lately, whenever my brain has a chance to wander, like as I am brushing my teeth or I am sitting on public transport, I think about Sagamihara. In those moments of in-between-time, I imagine feeling safe, warm and comfortable in my bed, in my home, and then hearing horror and fear from the next room, and not knowing what is happening, and feeling the sheer terror as I wait, unable to easily move or to defend myself.

I have been trying to process and talk about the mass stabbing that took place in the early hours of Tuesday, 26th July at a care facility for disabled people in the countryside town, just outside Tokyo in Japan, but I have been unable to convey my overwhelming grief and anger in its wake.

Last Monday, I went to hear an amazingly courageous woman, a friend of a friend, talk about the Yazidi genocide currently being enacted by ISIS (which is an utterly harrowing plight that was explored on ABC’s Compass). Through her grief and heartache, Nadia Murad spoke so eloquently and generously about the trauma and brutality she lost her family to, and the abuse, sexual and otherwise, that she endured. She iterated the urgent global need to collectively organise and stop ISIS, and their insidious ideologies and atrocities that are violently and callously dehumanising minorities.

I left, and promptly burst into tears, feeling helpless and apologising to the sky, the universe, for always being so ignorant, and so human. Even though, I know absolutely that more sadness and pain is not what is needed. I can’t help but actually be in this world. I feel so appreciative that I am fortunate and safe enough that my daily struggles are with getting out of bed, with keeping social arrangements, and cultivating enough energy to do my uni work. But simultaneously, I feel that those struggles and my own distress have to be connected, in some way, to other people’s, not particularly in a causational way, but in a collective-ownership way.

This may be why I take so long to comprehend and face the horrors of the world, particularly when they, like what happened in Japan, have the capacity to imprint and affect my sense of personal value and way of coping. I don’t think I even read an entire article about the incident, which has been rightly referred to as a “massacre”.

Later in the week as I was scrolling through the social media site, Tumblr, a post reminded me that the 26-year-old Japanese murderer Satoshi Uematsu worked at the residential home and cared for the people, whose throats he later would cut. He killed 19 people this way, seriously injured 20 and hurt 5 others in what was the worst mass killing in the country in recent history.

Maybe I forgot this vital fact, maybe I just skipped it in my selective reading of the event previously. Yet, it made my heart freeze, how could a person be so ruthless? Unlike most disabled people, I don’t take a hard and fast line with regards to euthanasia, particularly when a person has little quality of life and is in pain. But this man, sadly like the majority of societies, equates human ability and productivity with the intrinsic worth of human life.

In February, in a clear and rational way, he wrote a letter to a politician, calling for the “euthanising” (but really, the genocide) of people who couldn’t do “household and social activities” and discussed his intent to kill. Other staff at the centre were concerned about this, and had him hospitalised for having a suspected mental disorder. After two weeks and after he was deemed to be of sound mind, no drastic measures were taken to ensure the safety of residents he worked with.

This reveals the underlying tactless social attitude towards the disabled that we are “better off dead”.  It is implicit in how people say, “I couldn’t live like that” when they see someone with a disability, or when they are inspired and amazed at our mere existence. I understand the sentiment at a human level; I can even comprehend the primal fear that produces it, it is the fear of losing ability [and social freedom]. However, it is damaging, and is perhaps why this horrific tragedy barely got any attention. It is just a symptom of what generated such violence. For example, it’s typical for the Japanese media to release the names of murder victims, but the majority of the victims still remain nameless.  In Japanese society, there is still a deep sense of shame surrounding any disability.  The majority of the victims’ families haven’t allowed their names to be made public, out of fear of the consequential social stigma, which blatantly further diminishes the human tragedy and loss.

Perhaps there was a tiny glimmer of your subconscious that understood the murderer’s motive, even for a fraction of a second. That is disability erasure; it is the widespread ableism, which saturates everything so entirely, that it is invisible to anyone who doesn’t have to think about it. This flippant disregard for disabled lives is absolutely everywhere. Living with any sort of impairment requires more patience, and frankly, it is hard and utterly exhausting at times, but   that doesn’t subtract from the value of our lives and certainly doesn’t decrease our right to live. We need to be supported and given the tools to function the most effectively within our individual capacities. At the moment, disabled people who are living worthwhile and socially connected lives, are doing so, despite of, and not because of, the current government support.

Nevertheless, disabled people are valued when they can “overcome” their disabilities and be “inspiring” for able bodies. They are pitied, negated, systemically abused, and hidden from view, when they are too much to handle, when they’re too messy and chaotic to fit into a cute image for a motivational poster. Look at the domestic violence and sexual abuse statistics for disabled people in Australia. Look at the education and employment rates.

It’s completely horrific, and to be perfectly honest, makes me doubt my resilience and ability to live in a social climate, where a planned annihilation of a minority based on a eugenic and extremist ideology, barely appeared on social media. What is inferred, is that disabled lives are valued less, our pleasure, pain and ultimately our deaths affect other people less. Hate can manifest in countless of ways, think of the social outcry if it was a school, or members of another marginalised, vulnerable group, who were killed. It makes me so sad that most disabled people weren’t even shocked, because we feel this kind of negation, disregard and erasure on a micro-scale multiple times a day, every single day of our lives. Yet amazingly, here we are, still breathing, still defiantly showing pride and resilience, and trying to create meaningful lives in a society that only thinks of the disabled as a burden, and avoids meeting our gaze.