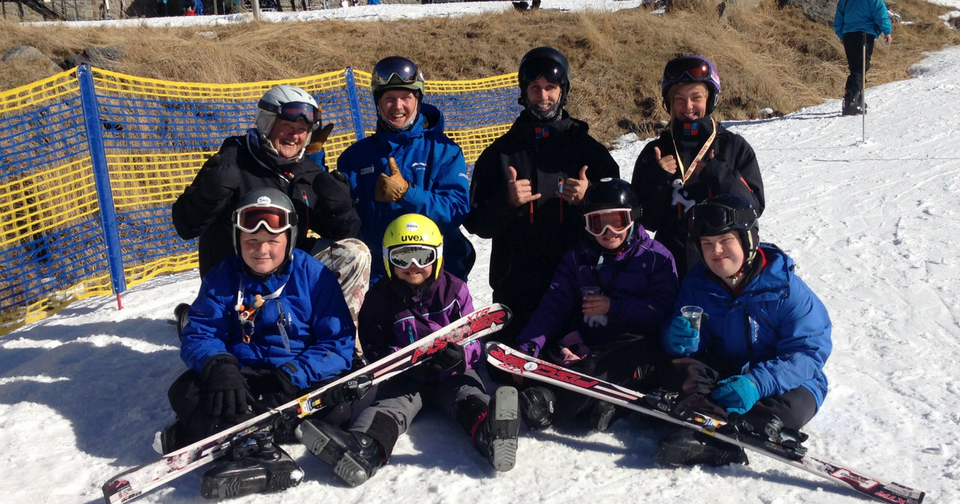 Last year 13 year old Dylan Schwarz went away from home for the first time on a ski camp which was co-ordinated through Northcott’s Short Breaks and Outings service.

Dylan has lived with cerebral palsy and spastic dystonic quadriplegia since birth and two of his key goals are to increase his independence and ability to do things on his own.

Dylan’s mother Rebecca said that last year’s ski camp was one of Dylan’s “life highlights” and that it was a major milestone for the family.

Northcott Recreation Co-ordinator Keira Watkins says that one of the main joys of running the ski camps for Northcott is seeing the immense sense of achievement and satisfaction she sees kids get from testing their boundaries and seeing what they are capable of.

As she says; “it’s just amazing to see kids faces light up when they get out on the slopes for the first time.”

If your teen has always wanted to learn how to sit ski, snowboard or ski, we’ll be running our next ski camp in beautiful snowy Jindabyne for 12 – 17 year olds with our event partners Disabled Wintersports Australia from the 3rd – 7th July.

To find out more call 1800 818 286 or email northcott@northcott.com.au to secure your place.  But be quick as registrations close on 21st April.