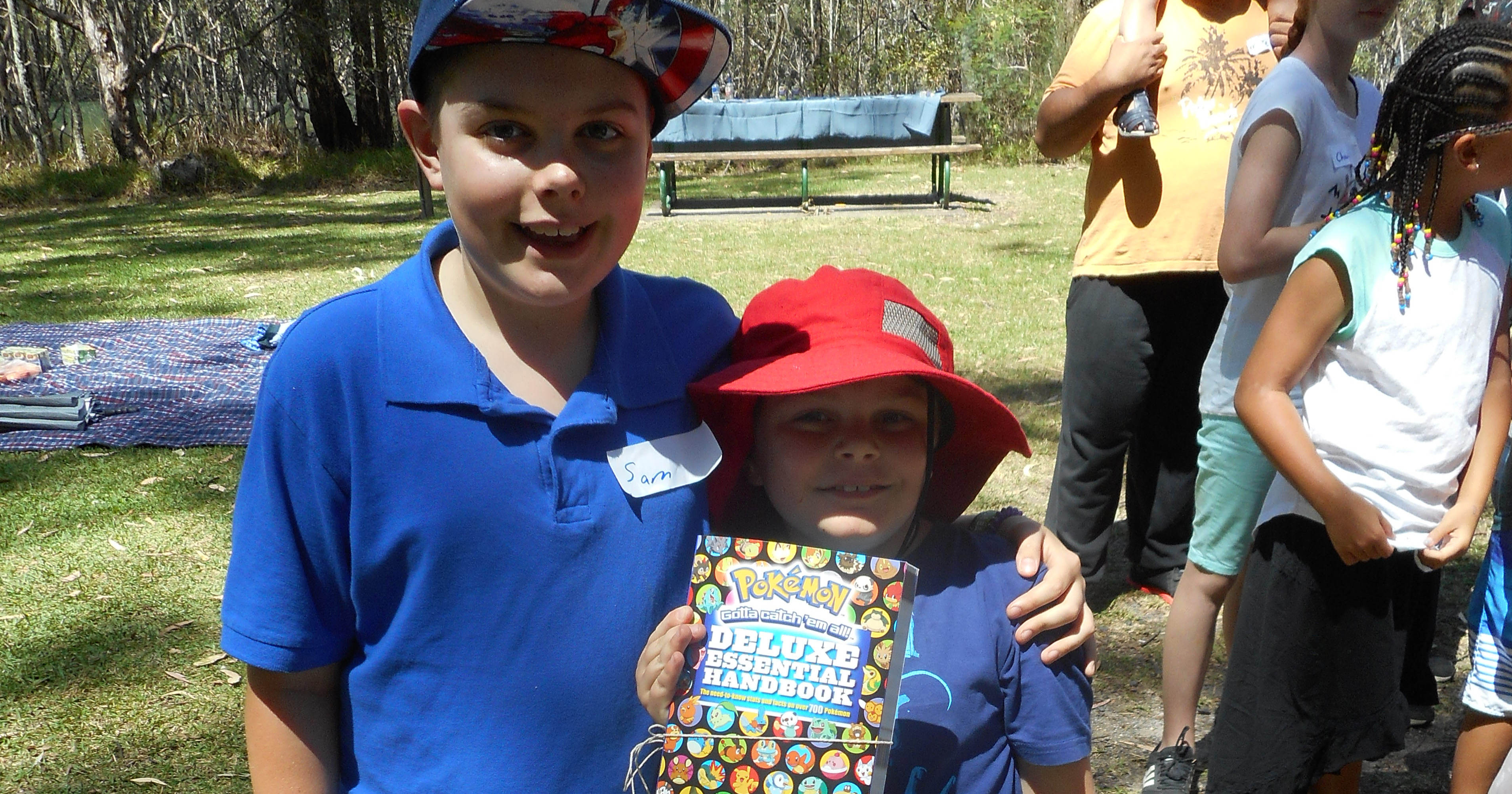 Northcott in Coffs Harbour recently decided to capitalise on the popularity of Pokémon GO by hosting an event at the Botanical Gardens.

We invited customers from all programs throughout Northcott including those currently accessing our Transdisciplinary service. Customers and their families arrived at the gardens and spent an hour walking around the gardens ‘hunting’ for Pokémon before returning for morning tea, games, colouring in, competitions and prizes.

One such customer was 8 year old Ben Pitcher who has been diagnosed with Autism. Ben has a limited range of interests and social skills, little motivation to engage in games where he has to use his gross motor skills and he is prone to meltdowns. All of this has led to very low self-esteem and social anxiety.

On the day, Ben was encouraged by his keyworker to team up with his 11 year old brother, Sam to ‘hunt’ for Pokémon. During this time Ben cooperated, took turns and walked for an hour around the gardens before returning to the event’s main area. Upon returning,  Ben who was already a keen Pokémon GO player, took it upon himself to answer people’s questions regarding Pokémon, to help them use their mobile phones to catch Pokémon and he took turns with the other children.

In addition to this, he played hide and seek with other children, some that he had not met before and he engaged in the colouring-in competition. He also played a bottle flipping game of his invention with another group of children and during morning tea he drank water and ate fruit – something his Mother was incredibly surprised and happy about as his limited diet is one of her main concerns.

Ben did not present with any meltdowns or challenging behaviours throughout the entire event. Ben and Sam won a Pokémon book for their team effort by catching the most Pokémon in the gardens. The pride and joy emanating from Ben was truly joyful for all to see. Since the event, Ben’s Mother contacted her key worker and reported that Ben takes his book everywhere and tells everyone how he won it, “for best team work with my brother”.

The book even gave him the courage to visit the dentist. In addition to this, Ben’s Mother has said that the Pokémon book has helped with confidence in social situations as he likes to tell everyone how he won the “MAJOR” first prize award.

It has been a goal of the family to have Ben sleep in his own room, this has been difficult as Ben says that he cannot relax and feels fearful and anxious around bedtime. Since attending the event and winning the Pokémon book Ben’s Mother has reported that Ben is taking the book to bed with him, saying that it helps him to relax. The family has since found bedtime a less stressful time.

The enjoyment of this event has had a long lasting effect on Ben as we have seen in the feedback from his Mother:

…”we were looked after and supported with genuine enjoyment and care by all Northcott staff, which actually allowed me to relax and be able to enjoy my son’s successes during the event.  I was able to enjoy my interaction with my son as I didn’t have to worry about doing anything except enjoying his company”.

…“I was looked after too and all of us were there, happy and able to really enjoy everything. All the kids were getting on so well and it was really great to relax and talk with other families”.

…”The event went way beyond my expectations – I couldn’t believe my son worked so well with his Brother as a team!! He ate fruit first and didn’t go over the top with eating too many treats!! He played with other kids and really had some serious fun…   All the staff were absolutely wonderful, helpful, genuine and caring; thoughtful to everyone’s needs”.