Peter cycles his way to success 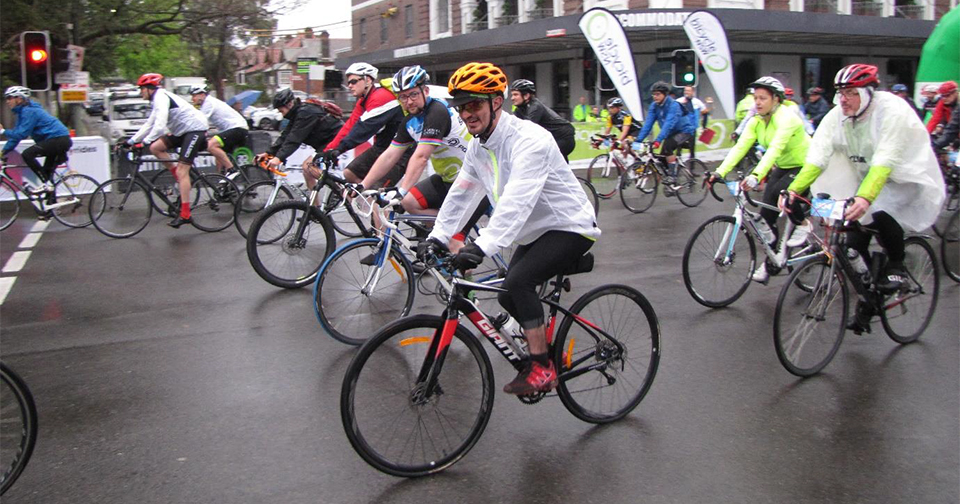 When I get on the phone with Northcott customer Peter, he says hello, serenades me with a few lines from the Elvis classic ‘Can’t Help Falling in Love’ and then proudly exclaims “I won the race!”

His excitement is understandable as Peter has just taken part in the Spring Cycle, completing the 50km Classic Ride and fulfilling a lifelong dream to take part in a major cycle event.

Peter was supported by Northcott staff from our Merrylands accommodation to achieve his goal of completing the race after expressing his interest in cycling to staff.

“Peter stated to me back in May 2017 that he wanted to go bike riding with staff members,” Acting Team Leader Alex Zelada Gomez said.

“I was new at his group home and knew I needed to address many pressing issues if I was about to start developing support programs for Peter to achieve his goal.”

Peter had been involved in cycling in the past, but due to medication changes he was unable to continue. Northcott staff – including Alex and support worker Rosyln Barnes – supported Peter by consulting with health professionals to facilitate a reduction in his medication; developing ‘how best to support me’ documents; training fellow staff members to address Peter’s needs; and regularly communicating with Peter and his mother.

The staff also received guidance from Northcott CEO Kerry Stubbs, who provided ideas on how to ensure Peter was able to complete his goal.

Along with assistance from Northcott, Peter’s friend Scott facilitated donations of approximately $2500 from two bicycle clubs so that Peter would have his own personalised road bike and gear for the event.

It was a gift that the keen cyclist was very excited to receive.

Though the weather on the day was less than ideal, there was certainly no dampening Peter’s spirits.

“He could not hide his happiness and I must admit his positive energy was spreading to all the people that were supporting him,” Alex said.

“It was raining but that did not deter him and his eyes were glued on the starting line.”

Even after completing the gruelling 50km ride, Peter’s enthusiasm was on full display.

“His mother was there and Peter was almost in tears when he saw her. He went over to her and gave her a big hug and a kiss and he told her ‘I love you, mum!’”

After a successful first ride, Peter already has his sights on future cycle events.

“Peter will continue training for the 100 kilometre Spring Cycle in 2019 and for the ultimate goal, competing in the Tokyo 2020 Paralympic Games,” Alex said.

Not only is Pete keen to get back on the bike, he’s eager to bring others along for the ride.

“Do you want to ride someday Kate?” he asks me at the end of our call.

“Come on Kate, come and race.”

Read about how Northcott supported the NSW powerchair team at the National Powerchair Championships.