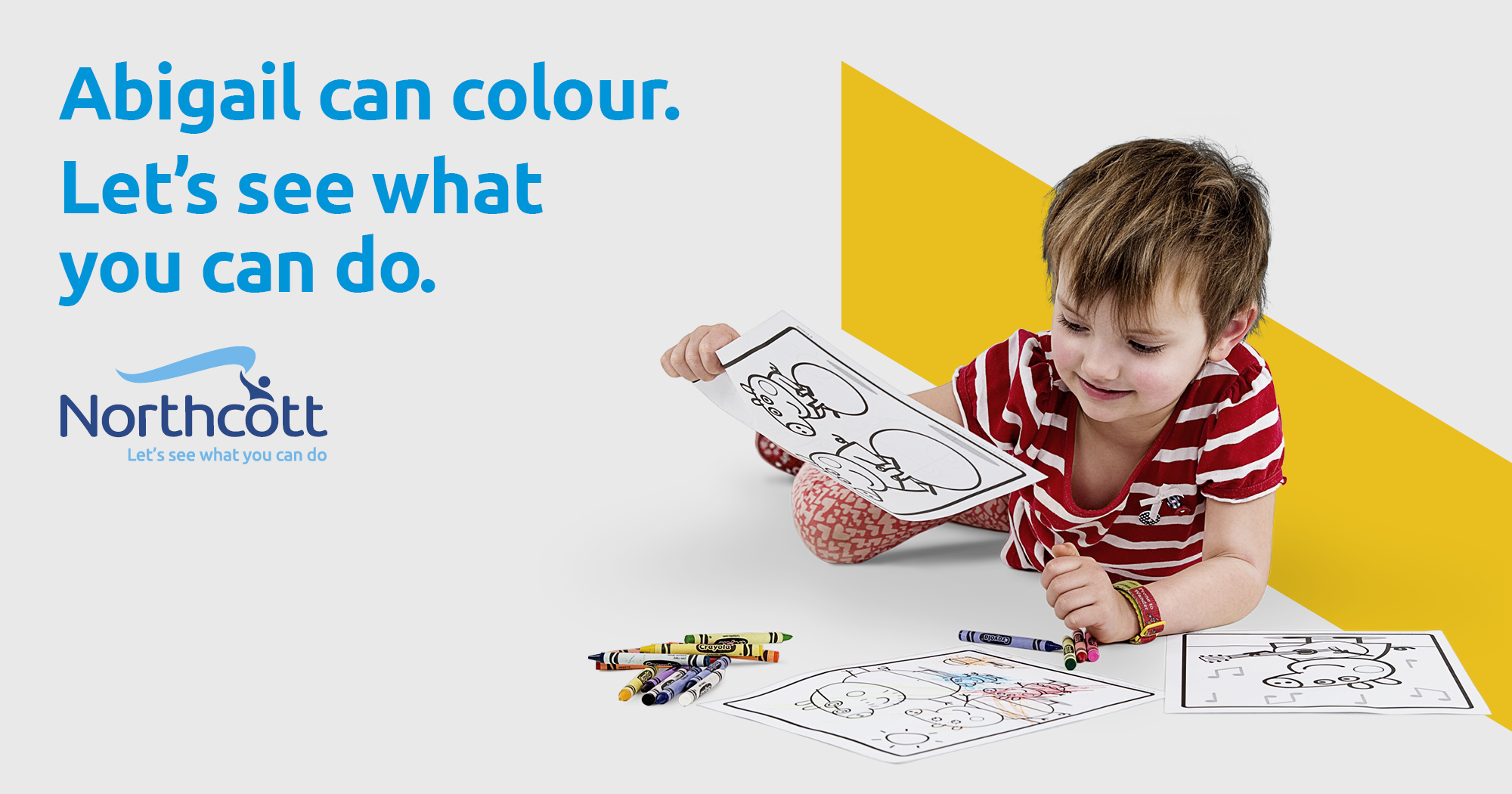 Like many 4 year olds, Abbie Halgen loves Peppa Pig. In fact Peppa’s family is a lot like Abbie’s – there’s mum, dad and a little brother to play with.

Abbie gets to play with Peppa whenever her key worker from Northcott comes to visit her, which is about once a fortnight.

Abbie has autism and sensory processing disorder which has led to some delays in her development of communication and social skills.

Since May this year, Abbie and her family have been working with Northcott’s Transdisciplinary Early Childhood Intervention Team who are supporting Abbie to gain all the skills she’ll need to start school next year.

Northcott’s Transdisciplinary program operates differently to many other early intervention services in that families see one ‘key’ worker while also gaining access to the expertise and knowledge of four other specialists – a Speech Pathologist, Occupational Therapist, Behaviour Support Worker and a Senior Family Support Worker who meet regularly to discuss the best ways of supporting Abbie to achieve her goals.

The team’s approach is home based and family centred as Abbie’s key worker, Katrina Piotrowski explains; “so we don’t go in and “do” therapy, we go in and work with the family to understand what issues they’d like to work on, then we work around their normal routine, see what they are already doing and just support the family to make little adjustments to help resolve those issues.”

“Because we believe children learn best through play we identify what things the children we are working with are already doing.  For Abbie, this is a whole lot of hands on things like playing with Peppa Pig figurines or colouring or craft. So for example when we are supporting Abbie with her morning routines, we’ll create a social story around Peppa doing those things so Abbie can relate to it.”

Since working with Katrina and the Transdisciplinary team Abbie has been acquiring lots of new social skills like doing “high fives” and playing with her young brother.

If you would like to find more about how Northcott’s Transdisciplinary Early Childhood Intervention Service may be able to help you or your child click here.