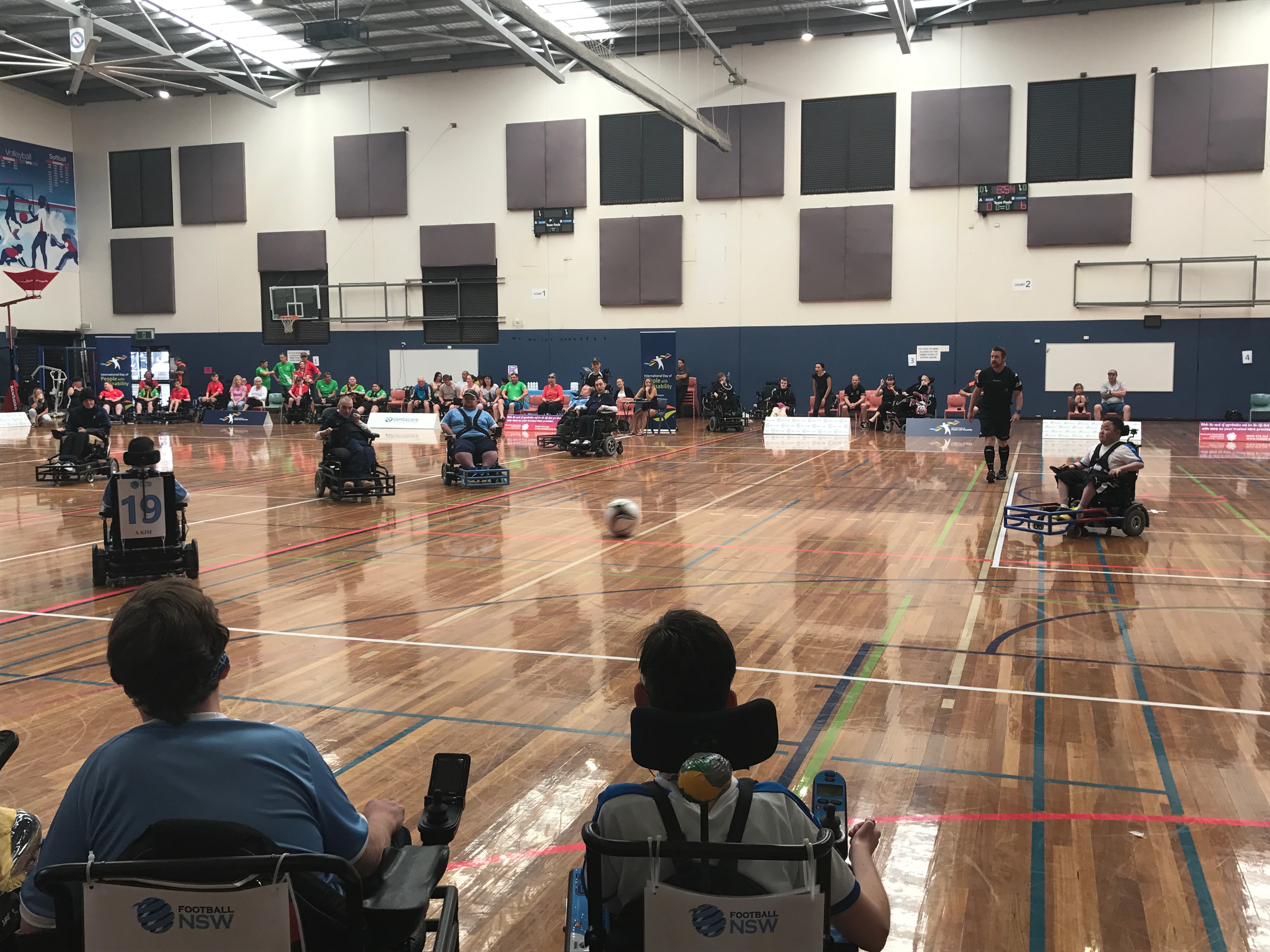 The New South Wales powerchair team were kicking some major goals when they took on Queensland in the finals of the recent National Powerchair Championships at Brisbane State High School.

The team – which is made up of Northcott customers – used their considerable skills to conquer all but one of their opponents – winning six of their eight matches and just missing out on the win against Queensland in the finals.

For those who haven’t had the chance to check out the sport, powerchair football is a fast and furious version of football, or soccer.

“When you watch able-bodied football, or soccer, our football is not much different, except it’s four a side and you hit the ball with a guard attached to the powerchair.”

Along with their success on the court, the team enjoyed a fantastic week in South Bank, with support from Northcott who provided an accessible van to transport the team to the championships.

This year was the first year the event was held outside of NSW, and for Ben and his team mates the bus loan meant their 12 hour trip included more team bonding time and less financial pressure.

“The camaraderie was really good this year, there was a really good spirit in the team,” Ben said.

“The support of Northcott definitely added to the ease of the logistics of travelling there and home with all our equipment. Without that we would have all had to pay for flights. It shows the need for funding for wheelchair sports as well.”

The event also gave Ben the chance to put on his commentator hat for the tournament – which was streamed online.

“Live streaming is one thing that will take our game to the next level, because people around the world can watch us,” Ben said.

“It also meant that every night we were having video sessions and we would analyse how we played and how the opposition played.

“That’s what the pros do, they spend hours at a video session. So it’s that next step of professionalism for our sport.”

Ben has been involved in powerchair football for many years, and says the sport provides him with a sense of freedom that he doesn’t experience in any other aspect of his life.

“It’s probably one of the only sports that I can play without being dependant on a support worker or a family member,” he said.

“Obviously I need support for things like getting in my chair, but when I’m playing it’s just me playing with the team. The result is completely dependant on me and not others. It’s also a very level playing field, we’ve all got disability and the chairs are all limited to the same speed.”

To check out footage of the games, head to the Queensland Powerchair Football Association Inc’s Facebook page.

Find out how a Northcott staffer’s passion for football turned into a powerchair coaching role.