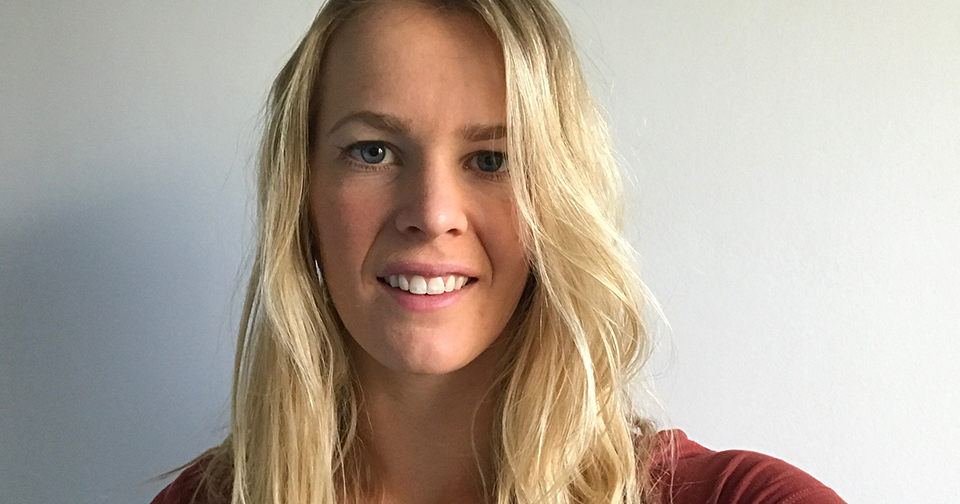 Occupational therapist by day, Ninja Warrior by night. While this might sound like the plot of a Hollywood action movie, this is in fact the real life story of Northcott staff member Zoe Featonby!

Zoe recently appeared on Channel Nine’s Australia’s Ninja Warrior, which has been one of the highest rating programs ever to screen on Australian television. While a staggering three million viewers tuned in around the country, some of Australia’s fittest and most talented male and female athletes battled it out to see if they could complete a nearly impossible obstacle course.

“It was a crazy and surreal experience,” says Zoe. “There was the whole live audience and then you’ve got all these cameras in your face. I’ve never had a feeling quite like it. My family were there running alongside me and other family and friends were in the audience which was really cool. It was very nerve-racking, but it was an amazing experience which I feel lucky to have had.”

Zoe was one of fifty competitors to run the course on the day of her heat. After an early morning start and a number of filming commitments during the day, it was 2.30am by the time she competed. After a brilliant performance, she narrowly missed out on making it through to the semi-finals.

While this is an incredible achievement on its own, what’s even more amazing is that ten years ago Zoe was diagnosed with severe scoliosis, or curvature of the spine. To correct this, surgeons had to remove Zoe’s rib, deflate her lung, then insert a titanium rod and five screws into her spine.

It took Zoe about nine months of rehabilitation to recover and it was through this experience that she decided to pursue a career as an occupational therapist. “I saw physios and an OT while I was in hospital and saw what a huge impact they had on a person’s life,” said Zoe. “I’ve always been interested in the health and fitness industry and just really wanted to help people.”

Zoe has been working with the team at Northcott’s ACT office for the past two years. She sees a whole range of customers from kids with autism and developmental delay, to adults with Down syndrome and physical disabilities.

Zoe says her work has been a big eye opener. “Everyone is so individual and it’s just so great to see our customers improve.” Zoe says she really loves working with her therapist colleagues so she has someone to share the challenges and the victories with.”

And what’s it like being famous? “It’s been really positive,” says Zoe. After the show aired, she had lots of kids coming up to her asking for her photo and people reached out through social media to share their experiences with having the same surgery. Zoe says, “I was quite nervous about going on the show because you really have to put yourself out there for all of Australia to see you and to judge you, but so far,  all the feedback I’ve received has been really positive which has been lovely.”