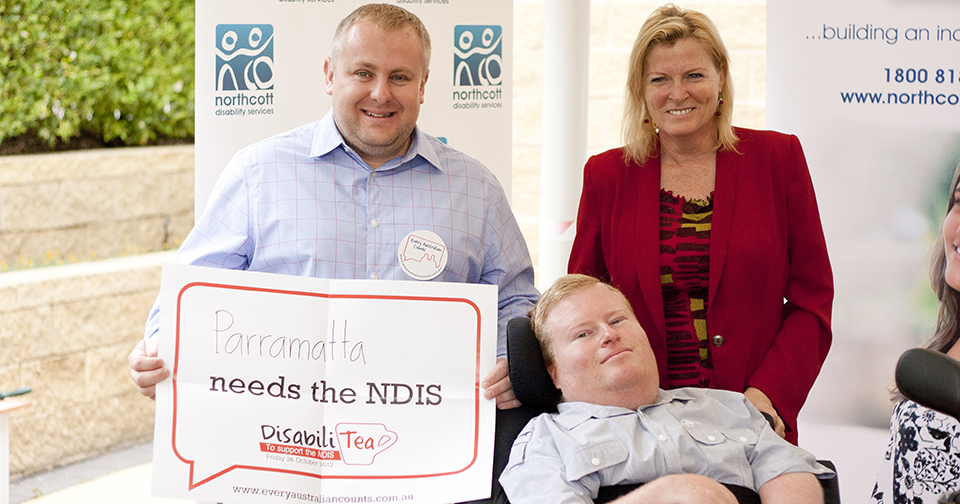 While the NDIS journey has just begun for many people across NSW, Northcott has been on the NDIS ‘bus’ for quite some time. As a very brief history lesson, let me share with you Northcott’s NDIS journey.

It commenced nine years ago in 2008, when Bruce Bonyhady,member of the Commonwealth Government’s Disability Investment Group, lobbied to get the NDIS on to the 2020 Summit agenda and Bill Shorten, the then brand new Parliamentary Secretary for Disability, convinced the Cabinet to refer the idea of an NDIS to the Productivity Commission.

For a number of years, Northcott actively lobbied, along with hundreds of other community groups and organisations, on campaigns such as the Every Australian Counts campaign to raise awareness of the NDIS.

The hard work paid off in 2012 when Prime Minister Julia Gillard announced the Federal Government commitment of $1.03 billion over four years to implement the first stage of the NDIS commencing 1 July 2013.

On 1 July 2013, the Hunter NDIS trial commenced in Newcastle Local Government Area (LGA) which included Northcott’s Mayfield Office. A year later, the NDIS launched in the Australian Capital Territory (ACT) and expanded in the Hunter. By the end of 2014, Northcott was working with 34 NDIS customers in the Hunter and seven in the ACT.

The Nepean and Blue Mountains trial commenced for children aged 0-17 years on 1 July 2015 and was quickly followed in that September with the announcement of detailed transition plans for the NDIS roll-out across NSW from July 2016.

On 1 July 2016, the NDIS was officially launched for the majority of metropolitan Sydney, the Hunter/New England area and Southern NSW and then just last week on 1 July 2017, the remaining areas of NSW launched their transition.

Northcott is now supporting more than 1,600 customers under the NDIS, with new customers coming on board every day. We look forward to advocating for and working with many more people with disability for many years to come.