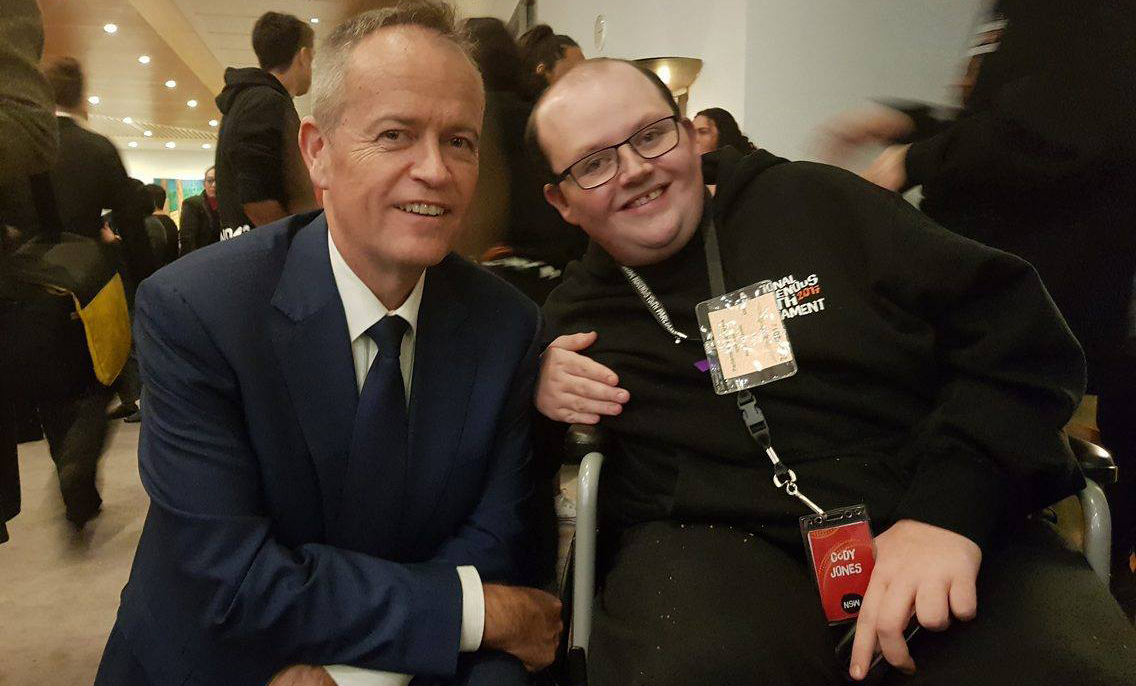 The honourable Bill Shorten, Leader of the Opposition and Shadow Minister for Indigenous Affairs – Labor Party

The National Indigenous Youth Parliament was a week long program run by the Australian Electoral Commission, YMCA and the Museum of Australian Democracy at Old Parliament House. The program involved bringing together 50 young Indigenous Australians 16 – 25 from across Australia with the group combined travelling over 80,000 kms to arrive in Canberra.

The program started on Tuesday the 23rd of May and ended on Monday the 29th of May. During the week, the group celebrated some very historic days for Indigenous Australians including 50 years since the 1967 Referendum which gave rights to Indigenous people, 25 years since the Mabo Decision concerning Land Rights and also Sorry Day.

Throughout the week I had a chance to meet with some of this country’s most senior politicians and advocate on behalf of my community and Indigenous Australians. This includes the Prime Minister Malcolm Turnbull, the Leader of the Opposition Bill Shorten, Senator’s Patrick Dodson, Malarndirri McCarthy and Nigel Scullion (Minister for Indigenous Affairs) as well as the first Indigenous person elected to the House of Representatives Chamber and Minister for Aged Care and Indigenous Health Ken Wyatt.

The group had the opportunity to ask the politicians about issues impacting on their local communities. Including palliative and aged care, the rate of employment for Indigenous people with disabilities and funding to education.

We learnt about politics and about how to make effective change through advocacy and giving a voice to the voiceless within our communities. We touched on the importance of education to help people achieve their dreams and how with education nothing is impossible.

The week ended with a two-day sitting in Old Parliament House, where we delivered speeches on topics closed to our hearts. Legislation on Mental Health, Drugs and Alcohol, Human Rights and Juvenile Justice were debated and every participant was also given three minutes during the adjournment debates to speak on a topic close to their hearts.

The entire week was an amazing opportunity and I have added 49 more members to my family.