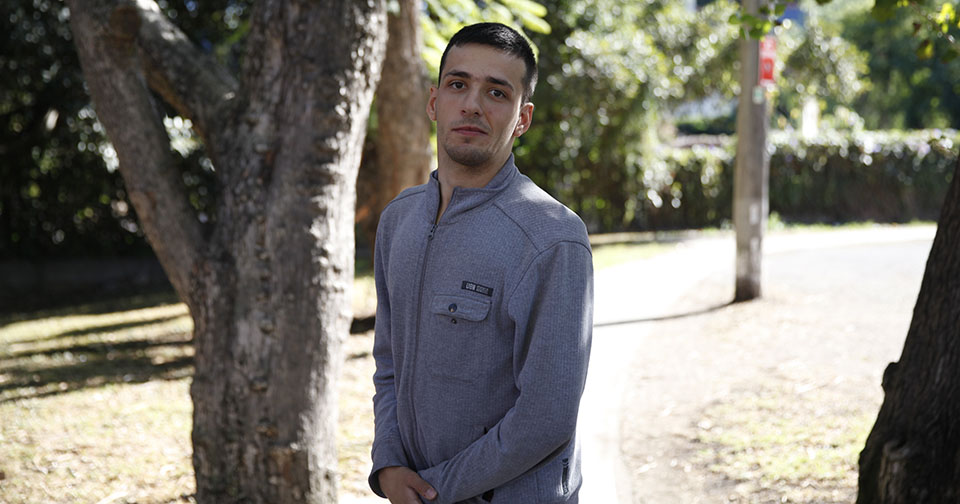 I am a young adult with cerebral palsy. I was born in Kosovo in 1996 and a war began two years after I was born.

A year after the war ended in 1999 my family moved to Australia because they wanted a better and safer life.

I am a Muslim and my religion has been portrayed in negative and disgusting ways because of a minority of evil individuals that form groups that harm innocent civilians around the world.

Their behaviour makes innocent Muslims appear evil and disgusting to the rest of society.

Living with a disability in a society where we are judged by what we can’t do and not by what we are able to do is a hurtful and discouraging experience.

I would like society to provide the same opportunities for those with disabilities as those with no disability. I want everyone to be treated with dignity and respect.

I strongly believe that society is not as fair as we think it is. The reason I am saying this is because of how often I see people labelling someone else because of their religion, race, disability, sexuality, gender, age or social status.

The main reason I think society is the way it is, is because of how the media portrays people.

A small minority of people in the media seem to focus on the appearance and culture of individuals in a negative manner.

The way a person looks can lead people to think they are violent and ignorant individuals who are a high threat to society. This is because they are stereotyped based on their race.

I believe the media and politicians also sometimes disrespect the homosexual, bisexual and transgender population. For example, Tony Abbott stated that only heterosexual couples have the right to legally get married and that it is prohibited for other sexualities to get legally married.

I’m a heterosexual guy but I really don’t care if you’re gay, lesbian, transgender, bisexual – that is nothing to do with me. I respect and accept other sexualities.

Another political figure has attacked another group too. Donald Trump said if he wins the election he will stop Islamic people from entering the United States of America.  He has claimed he will build a wall between the USA and Mexico to keep out the Mexicans. He also said that he will go and bomb the Middle East, which will not only harm the bad but also innocent people.

The only way we can move on is to be open-minded about religions, gender, disability and sexuality.  We need a society that is united and inclusive, not divided and exclusive.