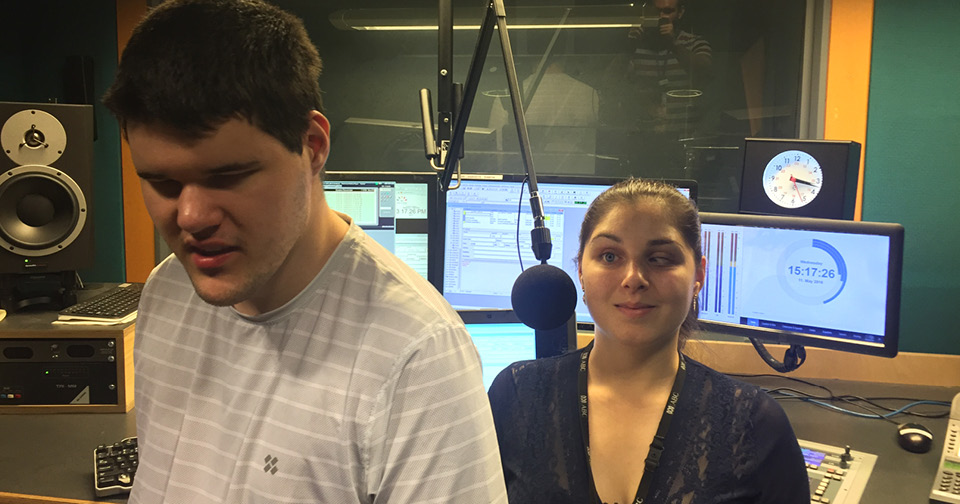 Aaron Newtown’s passion for journalism and radio has motivated him to pursue a career in news broadcasting. He’s had a vision impairment since birth and takes part in Northcott’s Transition to Work program in Penrith.

I got to know about Aaron’s career aspirations through working with him at Northcott and thought it’d be great if he could meet someone who is vision impaired and working in the industry he wants to work in.

So recently I got in contact with Triple J’s vision impaired journalist and news presenter Nas Campanella and asked her to consider meeting Aaron. Nas kindly agreed to this.

It was no surprise that when I told Aaron that Nas was keen to meet he jumped at the idea.

Aaron met with Nas and they spoke about how she overcame barriers and excelled through school and university, and went on to become one of the ABC’s best journalists.

Aaron also enjoyed asking Nas questions about her life growing up and how she rose through ranks to land a career at the ABC.

“Meeting with Nas and having heard her story has inspired me to work hard at getting a job,” Aaron told me.

“I now realise I can do anything if I put my mind to it,” he said.

“Talking with Nas also helped me gain the confidence to request an Occupational Therapist through Northcott because it’s something Nas said was a huge help in her life – for not only gaining independent living skills but allowing her self-belief and confidence to grow.

“It’s inspiring to see someone that has the same disability as I do get the career I want”.

This week Aaron met with Nas at the Triple J studios and spent a day with her going through what she does as a journalist and how she uses her specially adapted studio equipment to present the news on air. 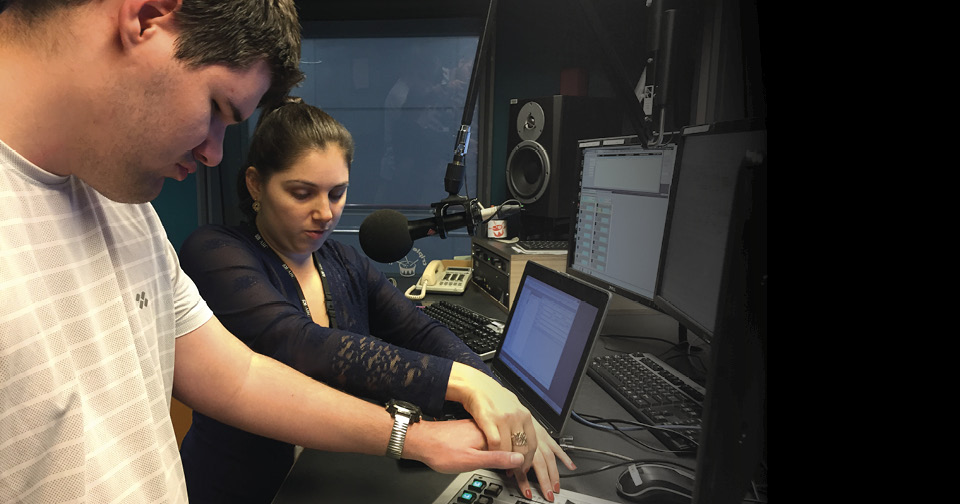 This ongoing mentorship between Nas and Aaron has also opened up the door for Aaron to start a radio broadcasting course called Making Airwaves.

It begins in July and will allow Aaron to complete a short course designed in accessible radio broadcasting.