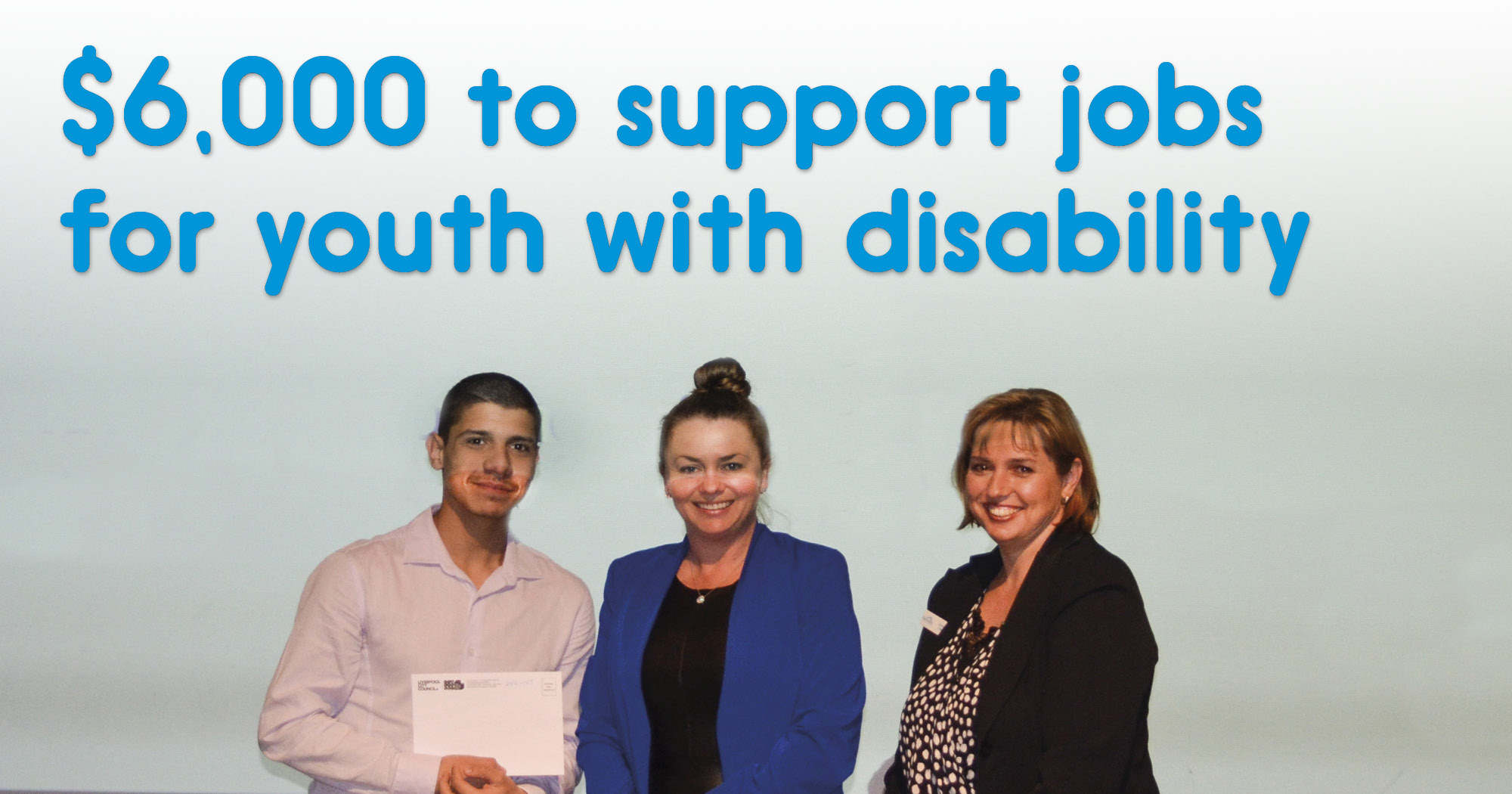 Being a high school student with anxiety, ADHD and depression was tough for 18-year-old David Seth.

After finishing school last year he had no idea what he wanted to do until a staff member at his school suggested he get in touch with Northcott’s Casula team.

“I didn’t go to school much and I had behavioural issues,” David told us.

“Since I started coming to Northcott I have been able to be calmer.

“Northcott has also helped me make new friends and talk to people.”

In addition to all of this, David said Northcott staff encouraged him to get his driver’s licence, study bricklaying at TAFE and find work experience.

That task in particular will be a whole lot easier now thanks to a $6,000 grant Moorebank Sports Club has awarded Northcott as part of the Clubs NSW Club Grants program.

“The money will be used to support young people with disability from the Liverpool local government area to showcase their skills so they can land their dream jobs,” Northcott’s Casula Vocational Skills Training team leader Christine O’Neill said.

“Because of Moorebank Sports Club, we will be able to offer employers wage subsidies as an incentive to give young people with disability a fair go.

“We will also be able to help you young people buy uniforms and appropriate clothing, as well as licences and qualifications to help ensure financial barriers to getting into work are broken down.”

The positive benefits of Northcott’s Vocational Skills Training service were on show when both Christine and David visited Liverpool Catholic Club to collect their service’s $6,000 cheque.

While at a ceremony to award the grant, David and Christine ran into Michael Lewis and David Fetterplace – the Assistant Principal and Principal of David’s former school, All Saints Catholic Senior College.

“Their remarks, about David’s transformation since finishing school last year, made my night,” Christine said.

“I was most impressed by the way he spoke with and to Christine.

“David was not ready to enter the workplace when he left school and there is no doubt that he has grown as a young man, substantially in the past 8 months.

“He has acquired skills that have made him easy to talk with and undoubtedly skills which have allowed him to be a good listener.

“I feel Northcott should be well pleased with the further development of a young man, with a fair bit of potential.”