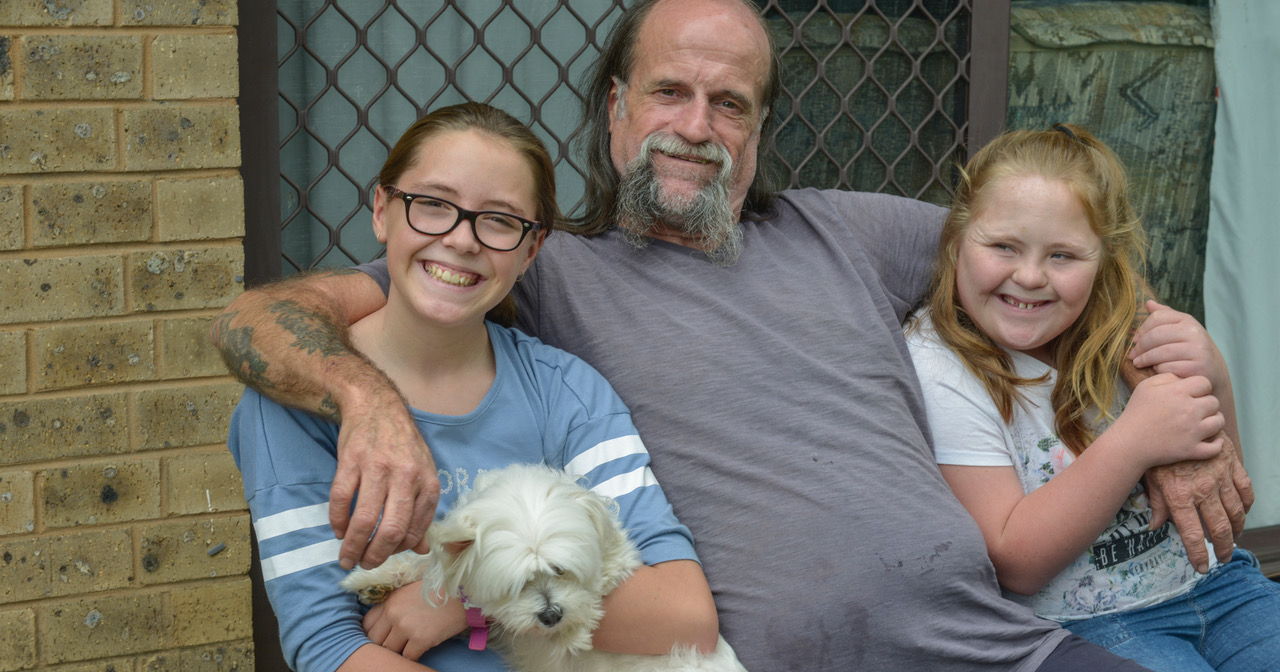 Feel better when you’re with your pet?

You’re not alone. Researchers in Australia and around the world are finding that having pets in your life can bring about substantial benefits to your health and wellbeing. And if you have a disability, the positive effects can be even greater.

Here’s just a few ways that a furry companion can enrich your life:

The fact that pets give their owners emotional support has been recognised for a long time, however scientists around the world are now uncovering what effects pets can have on our brain chemistry.

A study by researchers at the University of Missouri found that patting dogs causes people’s serotonin levels to rise which is the same neurotransmitter targeted by antidepressants to treat depression.

Similarly, a study published in Journal of Personality and Social Psychology found that even being in the same room as your pet can have a calming effect. The neurochemical oxytocin – which sometimes dubbed the ‘love’ hormone due to its bonding effects – has been found to be released when people even look at their pet. This has also been accompanied by a decrease in the stress hormone, cortisol.

Ken Innes, a trainer at Assistance Dogs Australia (http://www.assistancedogs.org.au) has seen first hand how dogs can prevent panic attacks in people living with Post Traumatic Stress Disorder. Ken says dogs can be trained to pick up on cues of anxiety like fidgeting and then respond by putting their head on their owner’s hand or lap. As he says “having the dog comfort them grounds the person and stops them spiralling into an anxious episode.”

Assistance Dogs can also provide a wide range of practical supports for people with physical disabilities. They can be trained to perform household jobs such as taking washing out of the machine, flicking light switches on and off, opening the fridge door and even paying the cashier at the shops. In some instances this can minimise or even remove the need for a support worker.

Speech therapist Darren Trentepohl has reported seeing his clients benefit from being around farm animals. By mimicking the sounds that the animals, Darren has observed kids with speaking difficulties sometimes make their very first sounds.

Additionally, public health researcher Dr Ali Lakhani from the Menzies Health Institute in Queensland has also found that being around animals can assist kids with learning difficulties to acquire socialisation and motor skills.

For people with sensory processing disorders, watching fish in fish tanks has been found to be therapeutic. Deb Fulloon, a mother of two autistic boys has observed this when working with autistic children. As she says; “the regular and repetitive patterns that fish move in seems to have quite a profound calming effect.”

A study published in the Journal of Applied Developmental Science found that young adults with a deep bond to their pets felt more connected in their relationships and to their communities than those who did not have animals around them.

Ken Innes has also observed how dogs can give children with autism a non verbal method of interacting with others. As he says; “for kids that are low on confidence, having a dog that is solid and trustworthy by them can really give them the support they need to take that step out into the world so they can engage with others.”

A survey by the Australian National Heart Foundation revealed that people who own pets tend to have lower cholesterol and triglyceride levels (this a type of fat in your blood) as well as lower blood pressure which all contribute to a lower, overall risk of heart-disease.

Studies have also shown that pets can help people deal with chronic pain. Petting your animal has been shown to releases endorphins—the same hormones that give a “runner’s high” — and which are powerful pain relievers.