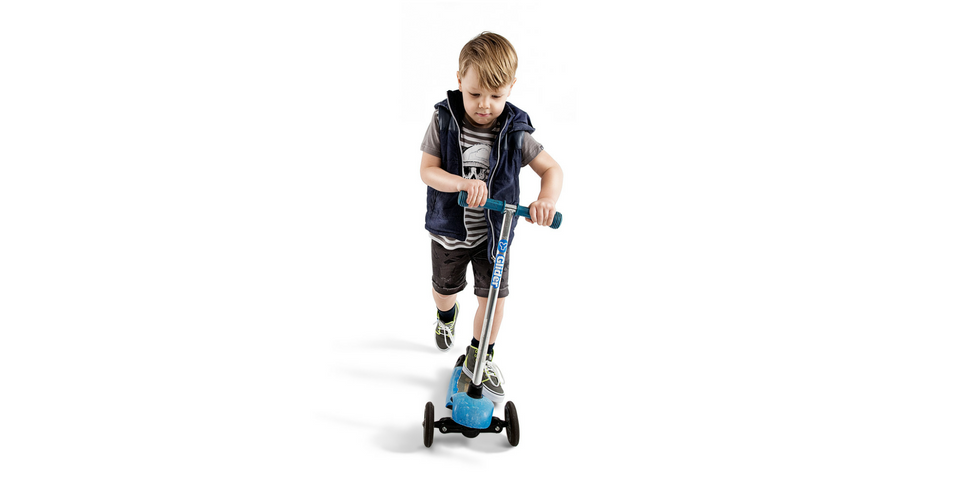 Like many five year olds Cooper loves riding his scooter, playing with his friends and going to the movies.

But for Cooper and his mother Rebecca, these things seemed out of reach not so long ago.

Cooper was diagnosed with Autism Spectrum Disorder (ASD) when he was 18 months old and although his parents sought help for him straight away, when Cooper first started accessing services through Northcott he wasn’t able to sit at a table for long, interact well with others or build relationships.

“We could never read a book or watch a full movie together” says Rebecca, “because he wouldn’t have the patience to sit there. We couldn’t go to shopping centres because he’d have a meltdown… there were many places we couldn’t take him”.

Speech was also difficult for Cooper. “Cooper had a vocabulary of maybe 10 words and he couldn’t put sentences together. A lot of the time he would point at things to try and communicate and get then frustrated when he couldn’t”.

Since accessing speech and occupational therapy services through Northcott, Cooper’s development of speech has been “amazing, just amazing. His speech is not perfect but it’s 10 million times better than it was and he’s coming along really well.”

With support to ensure Cooper manages different environments, Rebecca can now “pick the times to take him to the shopping centre and it’s manageable…plus we’ve been able to go to the movies!”

Cooper has made friends at day-care and perhaps most importantly of all, Rebecca has observed another change in him. “He’s become more affectionate and loving. Before he would never give you hugs and cuddles whereas now he does.”

Cooper has just started at Kindergarten this year and with Northcott’s support, both Rebecca and Cooper were ready for the challenge!