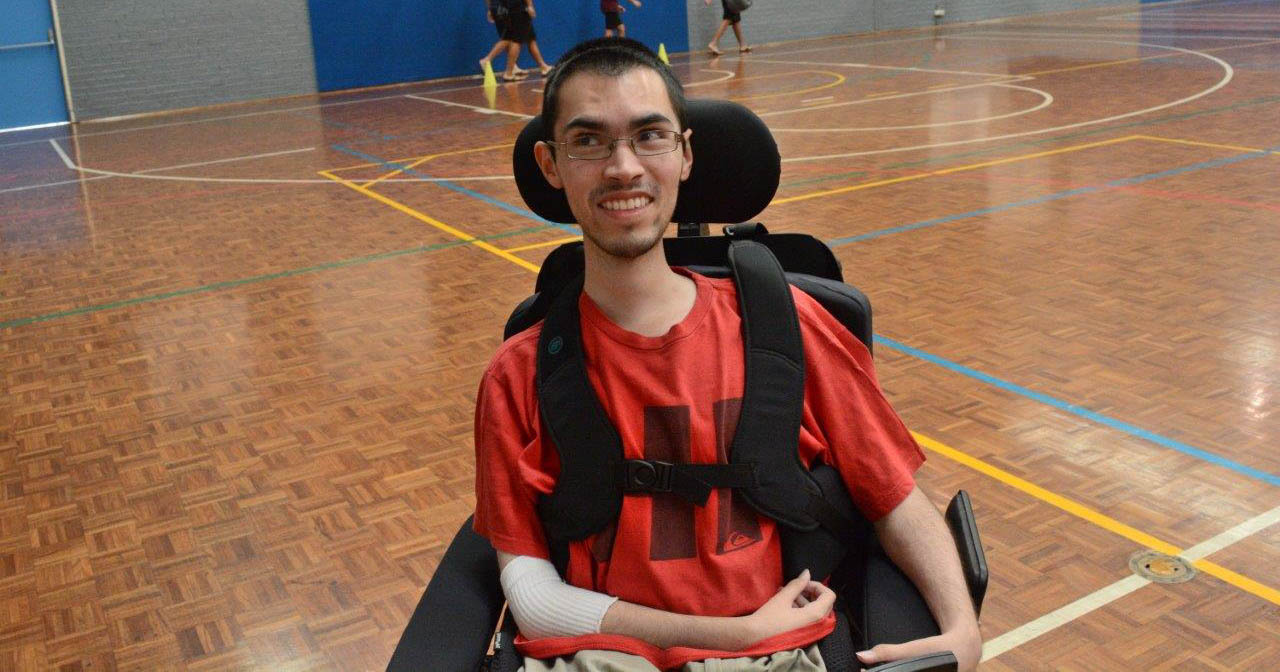 If you wanted to know how many lives were touched by former Northcott customer Pete Dalrymple, all you’d have to do is look around at the hundreds of faces at the recent sold out screening of his short film ‘Mind Over Muscle’ at the Riverside Theatres in Parramatta.

After a successful first screening, the film has been entered into the Focus on Ability Short Film Festival and voting is now open.

Though Pete passed away last October, his story is resonating with audiences through the film, which explores what life was like for Pete living with Duchenne muscular dystrophy.

“I’ve known Pete for 27 years and seeing something that he’s worked on for so long, and wanted to create for so long, finally happen was really good,” Pete’s friend and Northcott staffer Ben Keyte said.

“He was always interested in technology. In high school he took all the IT and multimedia subjects and he went and studied journalism at university. I think it was important to him to do something that really meant something.”

In the film Pete explores the importance of focusing on the one thing he could control – his mind.

“Although physically his body was deteriorating, Pete was still very mentally strong and he was all about trying to portray a positive attitude for himself, as well as his family and the people who supported him,” Ben said.

“With the [football] team he coached, he always told people to back themselves and worry about the other stuff later. I think that was very much the way he lived his life and his attitude towards his disability.”

“The three of us got the team up and running; we approached the Wanderers club and became affiliated with them,” Andy said.

Pete was also known for his sense of humour and in the film he talks about the playful insults and banter he shared with those close to him.

“He was a little shit, so he fit in well with Ben and I,” Andy laughed.

“He would always tell it as it is, to anyone,” Ben added.

In the closing scene of the film Pete ponders what mark he will have on the world and what legacy he will leave his loved ones.

“I see his legacy all the time,” Ben said.

“We bring up stories about Pete, he is still very much in our minds and it’s like he is still here. We do things daily to honour Pete…I think that speaks highly for who Pete was.”

“He’s left an impression on all of us and I don’t think any of us are going to forget him anytime soon,” Andy added.

Loved Pete’s video? See more of our customers on film at our Northcott YouTube channel.