Early Intervention provides a head start for a great life 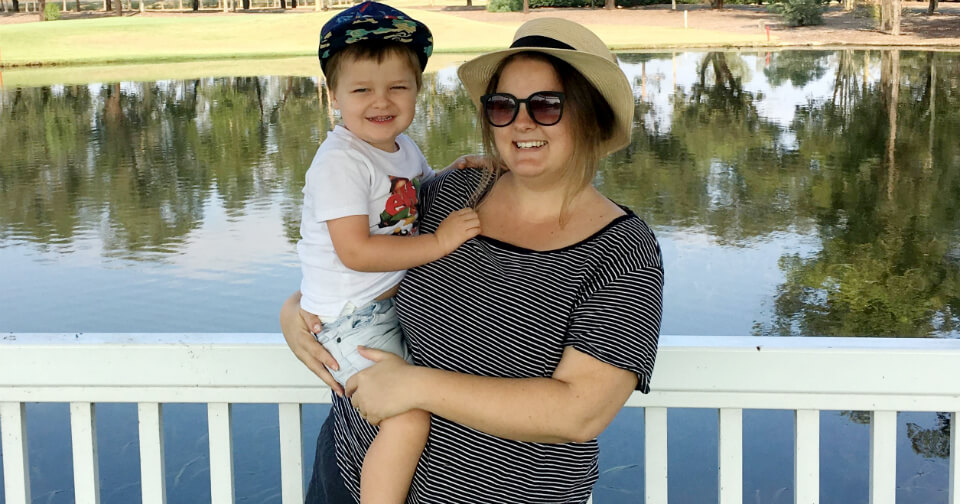 “Six months ago he wouldn’t say a single word in a whole day; now he doesn’t stop talking! He is achieving his goals much quicker than I could have ever imagined.” Ellen is talking about her two-year-old son Billy, who has a rare genetic condition that affects his neurological development. He has been receiving support from the National Disability Insurance Scheme (NDIS) Early Childhood Early Intervention (ECEI) pathway through Northcott.

From an early age, Ellen noticed that Billy’s vocabulary was not developing as she expected and decided to seek advice from a paediatrician who referred her to an organisation that could support them. Through them, she got in contact with Northcott ECEI in Coffs Harbour.

“I was hesitant to apply for NDIS funding for two reasons. Firstly, I worried that accessing the funding meant something was wrong with my child or I was doing something wrong as a parent. Secondly, I had heard that the NDIS was a nightmare to navigate.”

However, she understood the importance of getting early intervention, and decided that anything that they were able to do to support Billy, they would do. Ellen submitted a request online to Northcott, with not much hope of getting a quick response. To Ellen’s surprise, Northcott ECEI Coordinator Amanda got in contact with her within two days.

“Since that first contact, Amanda made the whole process seamless and even enjoyable for our family. The fact that she would visit us at home was also a big difference; attending appointments puts a lot of stress on both Billy and us, so being able to see her at home was great. She treated us with dignity and respect and did not make us feel judged in anyway which was so important.”

“I was amazed when two months after that first meeting, our NDIS plan was approved and we were ready to get all the support we needed. The NDIS funding we have received for Billy is absolutely life changing for him and our family. Billy now has access to vital therapies and resources that we struggled to access before the NDIS. As parents, we now know we have done and will continue to do everything we can to support our beautiful boy on his journey, which would not be possible without the NDIS.”

Billy has been getting support from speech therapists and occupational therapists for the last six months, and Ellen says he is a different boy. “Six months ago, he wouldn’t say a single word in a whole day; now he doesn’t stop talking! He is achieving his goals quicker than I could have ever imagined.”

Billy’s language development has been the main goal, but there are some other battles that he has already conquered—he is not using a dummy anymore and is starting his toilet training. Ellen mentions they have a lot of challenges ahead, especially in the next three years before he starts school, but she is very excited by how well he is progressing.

When asked about what her hopes for Billy’s future are, Ellen says: “My main wish is that he is happy and that by the time he gets to school he is an independent boy who is able to lead a great life.”

Ellen also shares her thoughts for parents that could be going through the same journey or are hesitant about how to start, “Don’t be afraid of the process. It worked for us; it’s worth giving it a go. Just because your child needs extra support doesn’t mean you are failing as a parent. For us, being able to access early intervention is making a big difference; Billy has had a head start and that will enable him to live a much better life.”

Ellie has received support from ECEI and is celebrating amazing achievements.

If you see your child is behaving in a way others find concerning, finding it difficult to make friends or not growing out of certain behaviour, get in touch with Northcott ECEI team to have a conversation about your child’s development.