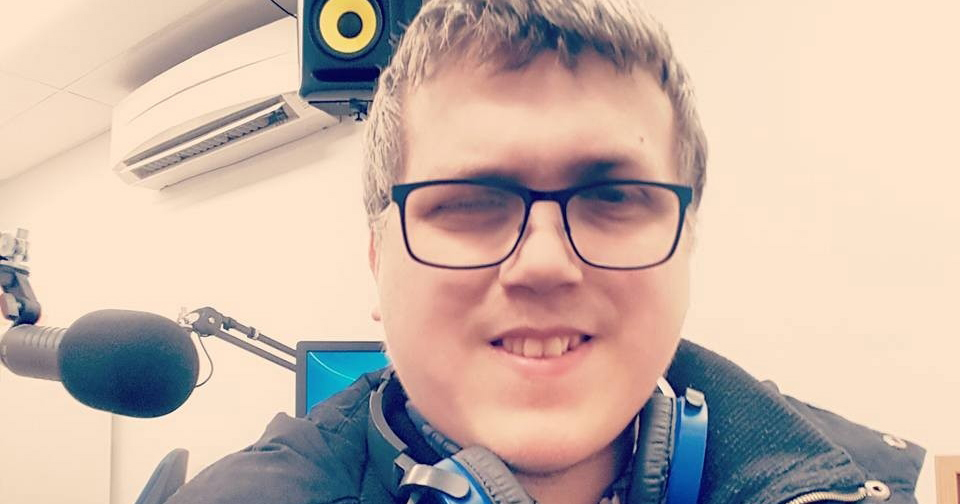 With Mardi Gras coming up this weekend, we thought it would be timely to have a chat to one of our wonderful float ambassadors, Jarad McLoughin, who will be joining us as part of the float representing People with Disability Australia, Northcott and the Cerebral Palsy Alliance.

Jarad was diagnosed with autism when he was 5 years old. Last year he was also diagnosed with a rare genetic mutation known as Ayme-Gripp syndrome which has resulted in him having some hearing and vision impairments.

Here Jarad talks about what it was like growing up as a young, gay man who had a disability…

Growing up in my teen years I had no prior knowledge of homosexuality or queer theory or anything else to do with the academic or cultural aspects of knowing what your sexual orientation is. I grew up not knowing anything about it either culturally or academically.

So what was that like for you – knowing that about yourself but not having any role models around you?

It was really unfortunate that there was no-one I could relate to. There was nothing on tv or in films that had an influence on me and that I could relate to on an emotional level because everyone I saw was modelled on being heterosexual.  They all had to get married, have children, work 9 – 5, buy a house and then do the whole thing again and again with their own children. There was nothing to inspire you to be different or to not conform.

In my family it was all very cryptic. No one would say anything out loud but the way that they were when you tried to act differently – for example if a boy wanted to dress up like a girl or wear make up or act in a feminine way, that would be frowned at , instead you were expected to be everything that a man is and act in a masculine way. If you didn’t do that you would be criticised for it, you could face ridicule and revulsion, but its changed a lot. Even in this century although there’s still a lot more that we do need to do.

But for me as a teenager, I wasn’t not only unable to see any role models in film or tv where the character was LGBTI but I also couldn’t see anyone who had a disability.  Where was a young man with autism who was like me, who went to a special school and who had a family who didn’t always know how to handle that and sometimes seemed devastated or disappointed with their son for having a disability.

There was an important moment for me when I started watching tv and I started to see a lot of characterisation and storytelling that didn’t perpetuate the heteronormative narrative. I remember watching Queer as Folk on SBS, and I’d watch it and this was when I was really trying to work out who I was and establish my identity and understand why I had all these urges and feelings. When I watched all those sex scenes on Queer As Folk it was so alluring, my eyes were wide open and I just couldn’t stop watching it. It was a breakthrough show that had a reoccurring presence of non-heteronormative, queer characterisations.

Why have you chosen to be involved in the Mardi Gras this year and to be part of a float representing people with disability?

Well it all comes back to the theme of Mardi Gras which is creating equality and representing diversity in our community. Why I feel I can be a part of this is because it’s all to do with belonging. I feel that I belong and not just being disabled and having autism and Ayme-Gripp syndrome and all these other impairments.

I see myself as being an active contributor, advisor and a real pioneer as a strong political activist in the queer community. Not many people with disabilities can go about influencing and educating people who are in the LGBTI community whereas this is something that I can do. The fact is that we are all different. There is no embodiment of normalcy. No one is normal. We are all quirky and flawed and we all have our own characteristics and facets. No person is the same as anyone else.

When I finally came out as gay, when I finally took the plunge, I was 26. I talked to my mum and said this is why I’ve been talking about National Coming Out day on Facebook. It was my way of revealing who I really was and telling my family – yes you do have a son who is gay and has no particular interest in wanting to be like anyone else and who does not want to conform.

With all the talk of inclusion, diversity, equality, I’ve tried to implement that in both the disability and LGBTI communities. I want to show more people out there – families, medical professionals, teachers, academics, even my peers that someone who is disabled and autistic does know about sex and sexuality – they can have a relationship, they can go about trying to find a partner and have a long term intimate relationship.

If I was able to talk to my 12 year old self which was the time when I first had an inkling that I was not heterosexual I would say to myself don’t be frightened. You will be a great person. You are going to do a lot of amazing things and you’ll do well both as a political activist as well as being a truly vocal community leader. Not only for those with disability but for those who are not only disabled but are also LGBTIQ…

Amazingly said Jarad! If you would like to explore your sexuality or find out about float in this year’s Mardi Gras drop an email to our Sexuality and Relationships Co-ordinator, Alicia Melita at alicia.melita@northcott.com.au.