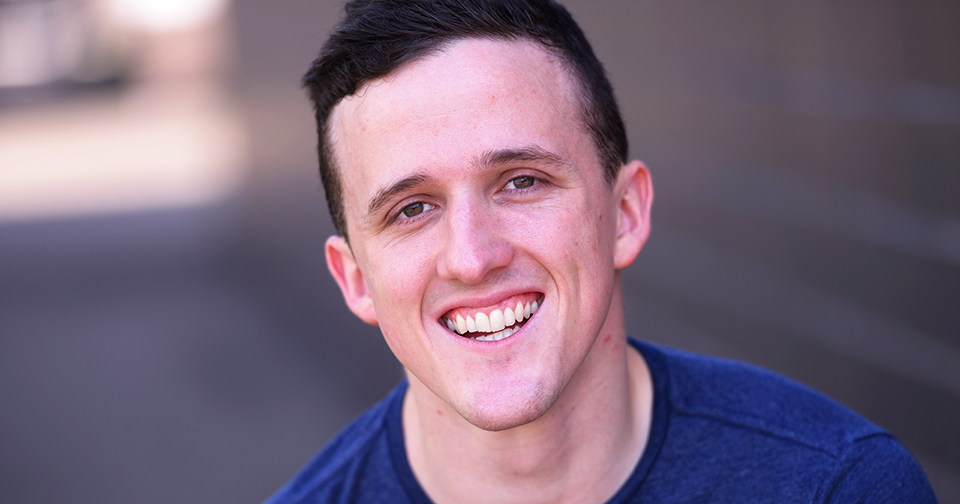 Sydney’s Gay and Lesbian Mardi Gras has lots to celebrate this year – the iconic parade is turning 40, same sex marriage laws passed recently and Cher is joining the party! For Northcott, the Mardi Gras is also a time to recognise that people with disability aren’t all heterosexual and, like everyone, have a right to sexual expression and inclusion.

As we have done in recent years, Northcott is joining forces with People with Disability Australia (PWDA), Cerebral Palsy Alliance (CPA) and the National Disability Insurance Agency (NDIA) to host a float for people with disability from the LGBTQI community. Dubbed the ‘Evolution to Inclusion’ float, it will highlight the involvement of people with disability in the Mardi Gras and the progress made towards inclusion.

This year, we are excited to have Daniel Monks, an award-winning actor, filmmaker and dancer with disability as our Ambassador. Daniel is 28 years old and recently won the Flash Forward Busan Bank Award at the Busan International Film Festival in South Korea for his feature film, Pulse, which he wrote, produced, edited and was the lead actor in. In other achievements, Daniel received the Arts Awards at the 2015 NSW/ACT Young Achiever Awards and was awarded Young Filmmaker of the Year at the 2014 WA Screen Awards. More recently, he was a finalist for the 2017 Heath Ledger Scholarship, nominated for Best Actor at the 2016 WA Screen Awards and named one of Music Magazines, “Ten Top Talents to Watch in 2018.”

In between shooting commitments, we recently asked Daniel a few questions about Mardi Gras and the importance of inclusion.

Have you attended Mardi Gras previously?

I’ve been to Mardi Gras in all the nine years I’ve lived in Sydney. When I watched the parade for the first time, I remember it being like a utopia; like Gay Christmas. Coming from suburban Perth, it was wilder than my wildest dreams, and I fell in love with it fast.

I have marched in the parade with the PWDA/Northcott/CPA float three times; in 2014, 2015 and 2016. They were such incredible experiences. Marching felt like an entirely different experience to watching. The first year I marched, it was almost like a double coming out. I had previously kept my gay identity and disability identity quite separate, and at that point, had subconsciously tried to hide or ‘stay in the closest’ as much as possible about my disability. To be able to march proudly and openly with my fellow queer disabled people felt personally powerful. It shifted something in me and my relationship with my sexuality and disability.

Looking back, in the first year I was trying to vigorously dance as much as my body would allow me, until halfway through when I was exhausted and in pain. It was as if part of me was trying to prove to the predominantly abled crowd my “ability”. The second year I was able to march more calmly, to walk the streets as my body moves, not needing to overcompensate or perform, and I was able to find even more pride and power in it, and in myself as a gay disabled man.

This year, to be marching in the 40th Mardi Gras Parade, and be an Ambassador for the ‘Evolution to Inclusion’ float feels unbelievably humbling and beautiful. I’m so excited to share the night with everyone.

What was it like growing up with an acquired disability and realising you were gay?

I acquired my disability around the same time I realised I was gay (at age 11/12), so it was incredibly challenging. I went from living life in blissful childhood ignorance to suddenly becoming gay and disabled, which, from all the messaging I subconsciously received from our society, meant I suddenly felt lesser.

This is why events like Mardi Gras are so important, not only for the people involved, but also the people watching. It’s important we amplify the stories of those who are frequently made invisible, or spoken for by those who think they know better, as is so often the case for people with disability. I know if I had seen more out and proud role models who were disabled and/or gay when I was growing up, it would have helped to shift how I felt about myself and would have given me hope for the future. This is why I feel so passionate about openly and proudly speaking on all this, and why it means so much to be asked to be an Ambassador.

Your award-winning film, Pulse, is about a gay disabled man – why was telling this story important to you?

When I was secretly struggling with my sexuality, I would watch gay short films on YouTube late at night, and then delete the browser history so my parents wouldn’t find out. These short films showed me a breadth of gay stories. They reflected my struggles, and gave me hope for what my future might look like as a gay man. I never had this as a disabled person, which is why I think it took longer for me to really embrace and feel proud about my disability.

I wanted to make Pulse for any other young people who felt different, but most specifically, who were disabled, so that they could feel seen and heard, and know that they are not alone in their struggle, but that also there is hope for their future.

This year is a big year for Mardi Gras – what does it mean to you to be involved this year?

It means the absolute world, and to have the opportunity to help celebrate as part of the ‘Evolution to Inclusion’ float, with my queer disabled siblings, moves me deeply. For myself and so many of my friends in the LGBTQI community, it was really painful to experience those months leading up to the postal survey, where our rights and validity as human beings were being flippantly debated and used as headline fodder. So to achieve the result we did, and to now come together as a community on the 40th anniversary of Mardi Gras, feels vital and important; to celebrate, and to move forward for a more inclusive, accessible future for all.

Why is it important for people with disability to be included?

We are so often excluded, so often invisible, so often spoken for; and even just on the basis of equality, this is not just. The UN description of the Social Model of Disability is: “Disability is the interaction between persons with impairments and attitudinal and environmental barriers that hinder their full and effective participation in society on an equal basis with others.” We need to keep fighting for all events, all spaces, all areas of society, to be wholly accessible to all people, regardless of their race, gender, sexuality or disability.

So often in the diversity conversation, disability is invisible, and so we must fight to be visible, to have our stories heard, and our needs recognised. The future is accessible, baby.

Other ways to see and hear Daniel at Mardi Gras

Watch Daniel reprise his role as Hypnos in Charles O’Grady’s Are We Awake? at Kings Cross Theatre, presented as part of Mardi Gras from 23 February to 11 March 2018. Click here.

Listen to Daniel speak at the Mardi Gras event, The ‘Transgressive’ Body: A Fucking Protest panel, also on 25th February.

For more about Daniel, watch this interview with SBS Viceland