Accessible bathrooms are called that for a reason 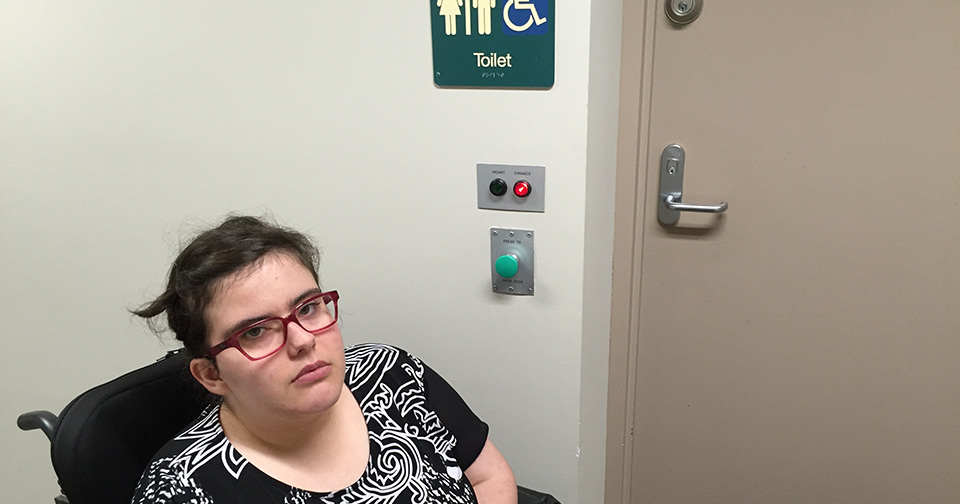 Does anyone else feel like there are a growing number of people that think accessible bathrooms are there for them to use at their own leisure? I do and this concerns me.

These bigger and generally cleaner bathrooms are not for you to use just because you want to pee in peace. They actually serve a purpose and that is to give access to people with disability and limited mobility.

However wheelchair users like me can’t access these bathrooms if we’re constantly forced to sit outside them and wait for whoever is inside to finish whatever it is they’re doing. I would even guess that about nine out of 10 times, these people are not entitled to use them whatsoever.

Not many things really get under my skin but this absolutely infuriates me. It’s one thing to genuinely feel bad and apologise for using an accessible bathroom when you have no need to – especially if someone is waiting to use them and they’re actually entitled to use it.

However, it’s another thing to be so embarrassed that you try to make the situation less awkward for yourself by coming up with an excuse as to why you used the accessible bathroom.

“I’m sorry these toilets are so much nicer than the ones I’m meant to use” or “No one has ever been waiting before, this is the first time it’s happened” are not good excuses! They’re just a reason to make you look even sillier.

At the risk of sounding like I’m having a whinge, it’s frustrating to know this kind of discrimination and lack of knowledge is still present in today’s society. And what makes it even worse is that nothing can really be done to stop it.

Using accessible bathrooms when you don’t need to isn’t illegal, it’s just frowned upon. That’s not going to matter much to someone with disability who really needs to go though, is it?

I hope one day people can think more about the consequences of their actions when they use an accessible bathroom but don’t really need to. Not for them, but for others.

If you are using an accessible bathroom but don’t really need to, imagine what the consequences could be for someone with disability who has no choice but to use that same bathroom.

While they’re waiting for you to finish, they may have already gone and mightn’t be able to get changed until they go home. How is that fair?

Has anyone else had this happen to them? I’d really like to hear from you. It’s my strong belief that the use of accessible bathrooms by able bodied people shouldn’t just be frowned upon. This practice shouldn’t be allowed.