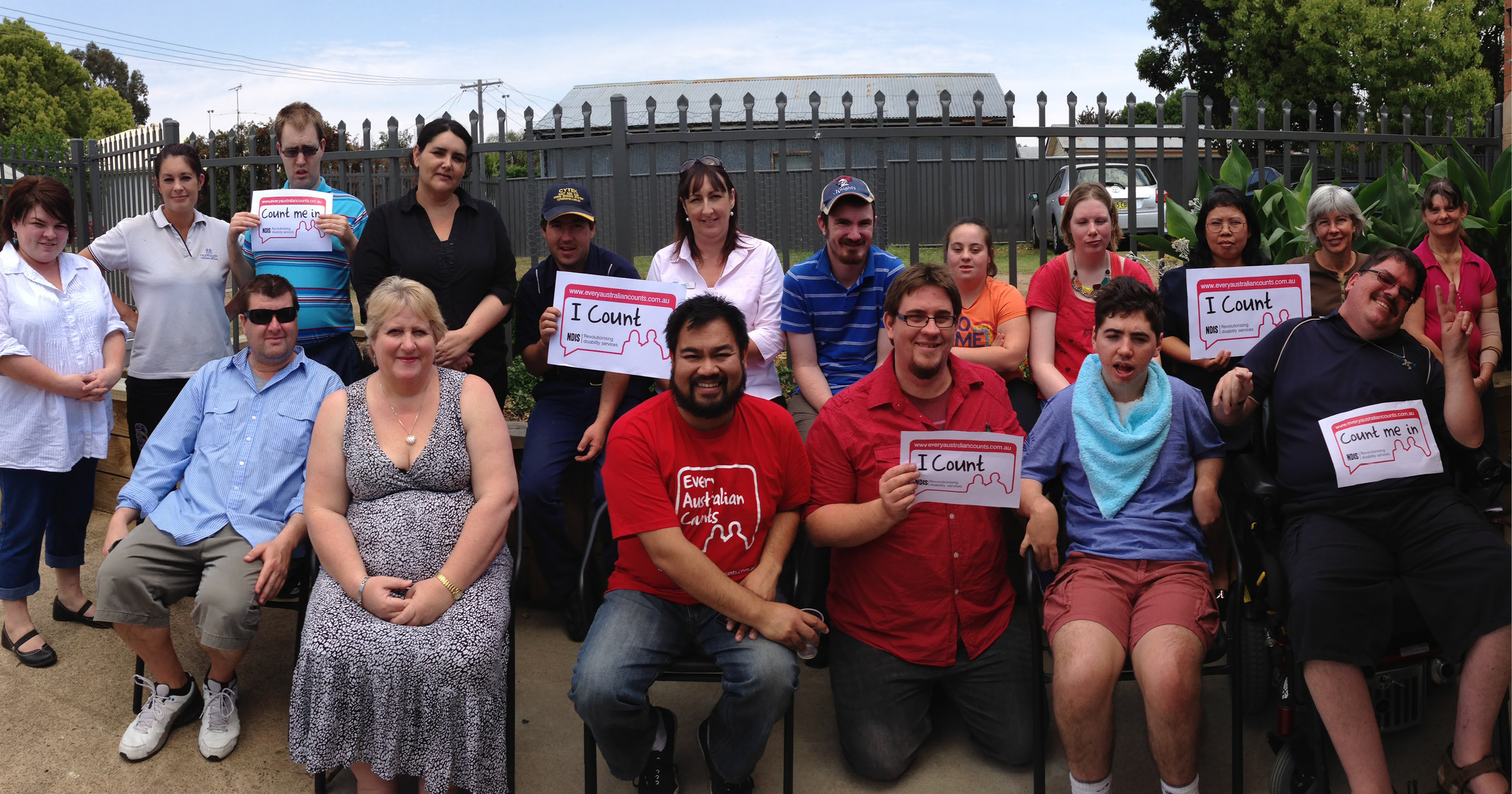 Our Tamworth team joined our offices across NSW and the ACT in leading the push for a National Disability Insurance Scheme (NDIS) to be introduced.

After years of campaigning, the National Disability Insurance Scheme (NDIS) will finally start to fully roll out across New South Wales next week.

People with disability, families, carers, advocates and service providers like Northcott have spent years drumming up support for the NDIS so the start of a full roll out marks a major milestone.

In NSW an extra 64,000 are expected to benefit from the NDIS, funding for much needed support will double from $3.4 billion to $6.8 billion in 2019 and almost 29,000 new jobs are expected to be created as more people deliver more support services.

To get you geed up for full roll out next Friday, here are some motivational memories from Northcott’s time on the NDIS campaign trail.

Pictured below, to the far right, is much loved former Northcott staff member and NDIS advocate Wendy Hall. She joined our Campbelltown customers and colleagues at a meeting to gather support for an NDIS.

The signs said it all at this huge NDIS rally Northcott staff and customers went along to in 2012. “The disability system is in crisis…We need the NDIS now. Make it Real.”

Northcott’s Far North Coast team got in on the DisabiliTEA action in 2012.

And so did Northcott’s Parramatta support workers.

Sev and Shaz use Northcott’s Life Skills service in Parramatta and at every opportunity, they’ve been keen to let people know they count.

In the end, it was politicians who held the power to decide whether or not to make an NDIS law. That’s why Northcott welcomed the chance to highlight the need for an NDIS with them at every opportunity. This is former NSW Disability Services Minister Andrew Constance with two Northcott Transition to Work service customers.

Federal Member for Macarthur Russell Matheson and former State Member For Campbelltown Bryan Doyle supported the introduction of an NDIS with members of our Macarthur team in Campbelltown.

Former high profile Federal Member for Eden-Monaro Dr Mike Kelly joined our Queanbeyan staff and customers for a cuppa as part of DisabiliTEA.

Lastly, who could forget this powerful video which has been watched more than 14,000 times!